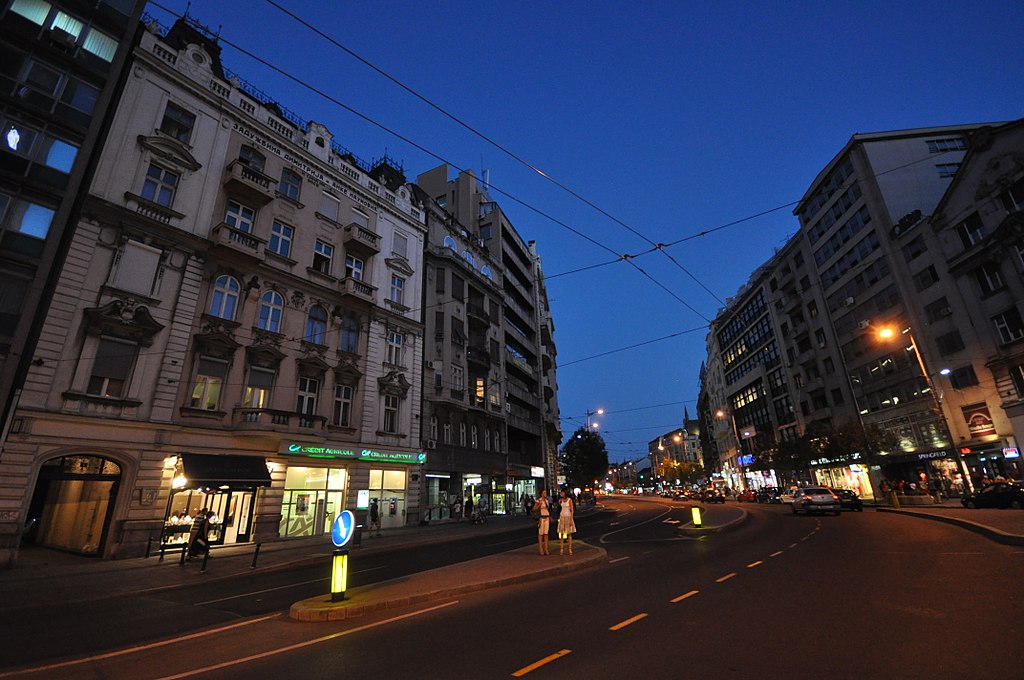 In Belgrade, every place, every promenade, tree and street has its own story. Everything is right where it is for a great reason and thus gives a special note to this beautiful city. In general, our country has so many beautiful landscapes, but since we are talking about the capital here, we are based mainly on the beauties of Belgrade. A city that will never become boring and monotonous, a city that promises and that is getting more and more beautiful day by day.

Of course, big cities contain a lot, but Belgrade has a special spirit of modesty and luxury. Sometimes you have the impression that you are adapting to the city, and sometimes it seems as if it is adapting to you. The energy that flows here for 24 hours, inspires many writers, painters, musicians, and even directors of many TV projects. Many got their inspiration in some of the squares that were a key meeting place for those who continued their adventure in Belgrade from here. Believe that it has always been like that and that Belgrade as a city is a special place that will surely be forever remembered by you.

As we said, some of the streets and squares in Belgrade have now become cult gathering places. Those most popular places certainly deserve us to write a few words about them and pay attention to them.

The part of the city that has a rich history, and today is one of the most famous in Belgrade, are certainly Terazije. Belgrade’s Terazije Square began to form in the nineteenth century. Significant changes that took place on Terazije took place in the period from 1911 to 1912. During that time, Terazije was rearranged and got a completely different look, under the supervision of the architect Jelisaveta Načić. From then until today, Terazije has changed a lot, but the basic features of this square still stand there today as witnesses of some ancient times. At that time, the most famous cafes, hotels and shops were located right here. Many important buildings that were then located on Terazije, are still there today. Terazije Square covers the area from Sremska Street to Kralja Milana Street.

What Terazije is certainly best known for is the famous Terazije fountain. This fountain is located in front of the famous Hotel Moskva, and is made in the shape of a stone pillar and is about 800 meters high. This fountain was built in 1860 by order of Prince Miloš. Although they have a rich history, today Terazije is a place where more and more work is being done on developing urban culture and night places to go out. It is in the Hotel Kasina, which has withstood the test of time and still stands in this part of the city, that performances of famous local and regional stars are organized. The current Casino Hotel was built back in 1922, and today it has a modern and contemporary way of providing service, of course in accordance with the times. The hotel that is also there after so much time, more precisely, since 1906, is the famous Hotel Moscow.

The Terazije Theater is one of the famous theaters in Belgrade, many popular plays take place here and many of our famous actors have just made their first acting steps on these theatrical boards. On Terazije there is also everyone’s favorite fast food restaurant, the famous McDonalds. When it comes to restaurants, an increasingly popular place for a good meal is the Caruso restaurant.

This restaurant is located on the terrace of the building on the eighth floor, from where the view reaches a good part of Terazije, and beyond. From the terrace of this restaurant you will really enjoy the quality cuisine and the perfect view. The woman from Belgrade is another symbol of Terazije. This building was built between 1969 and 1974. It is one of the most important buildings, because at the time when it was built, it was the tallest building in Belgrade.

The scales are special in many ways and leave a different impression on everyone. Going through this route of the city is really an experience, especially on summer evenings. Belgrade is a magnificent city, and you can best see that exclusively by walking through its streets and squares. Some feelings simply cannot be retold, so visit Belgrade and feel the power of its streets …