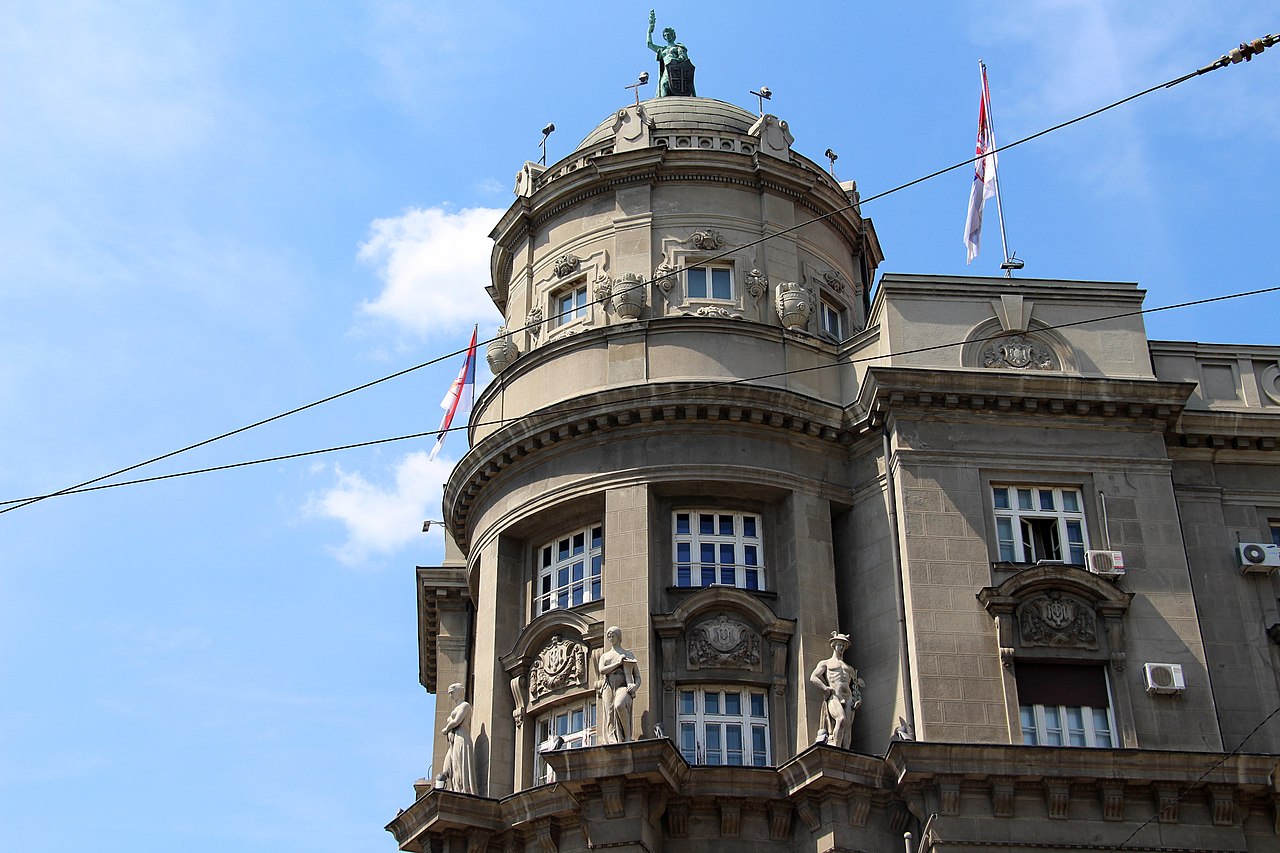 If your gaze once wanders to the top of buildings, you must have noticed a statue called Serbia on the building of the Government of Serbia. In addition, this statue is in everyone’s wallet, ie on the stamp on the ID card.

Many call her the Serbian Statue of Liberty because of her position, and do you know who the woman who served as a model is?

The sculptor and author of this statue is Đoka Jovanović. He received an order to make a sculpture of Yugoslavia for the then palace of the Ministry of Finance of the Kingdom of Yugoslavia, and the current building of the Government of Serbia. In addition, the Ministry asked Djoka to make four more sculptures – Finance, Trade, Industry and Crafts.

A sculpture over 3 meters high was cast in Prague, and the prototype represented a girl behind whom a flag was flying, and a double-headed eagle stood at her feet.

The sculpture also had a diadem wreath on its head, holding a shield with four points with its left hand, and a high-raised crown of King Peter I Karadjordjevic in its right hand.

The communist authorities of the Federal People’s Republic of Yugoslavia (presumably in 1948) cut out the sculpture and welded a torch in their right hand instead of a crown. At that time, the sculpture was named Serbia.