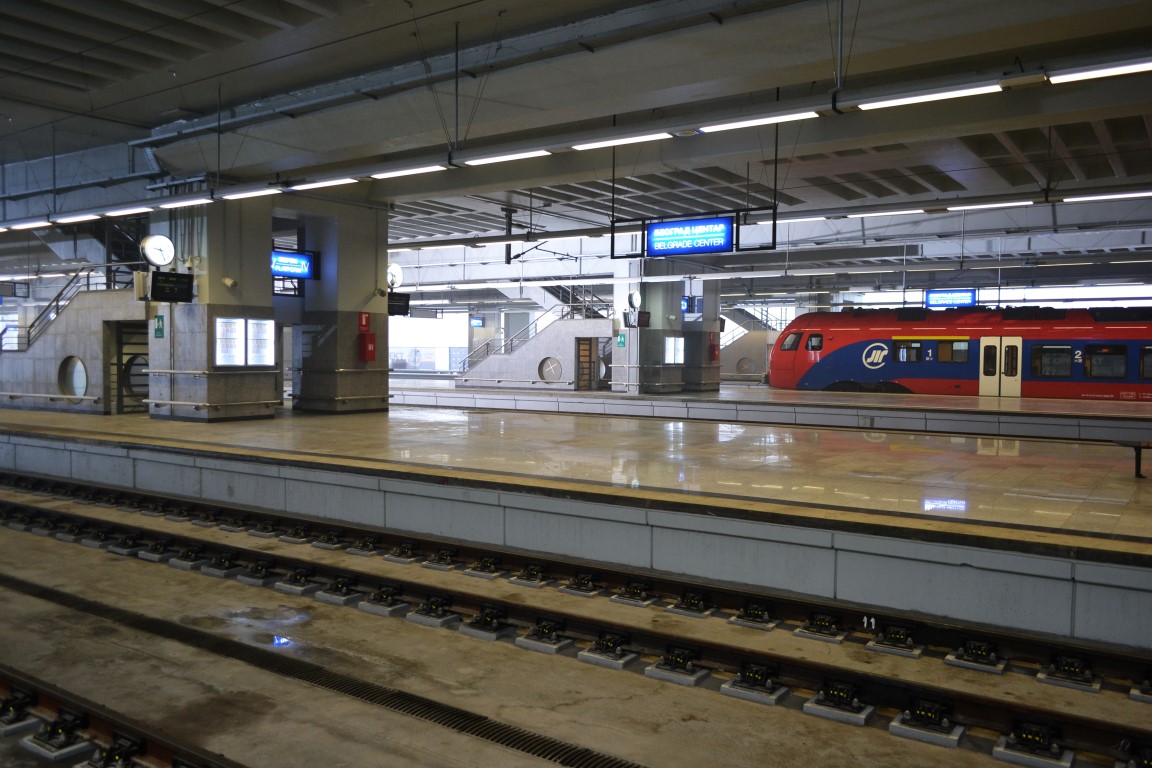 New central railway station is moved from the center to a bit more distant area in the city. Keep that in mind and read where it is in this post!

For many, many year the main railway station in Belgrade was located at Savska street, near the old bridge connecting New Belgrade with the old part of the town. Next to it was main bus station. For a couple of years now, city government planed to move both stations so that “Belgrade waterfront” can be build. They finally moved the railway station but still haven’t done so with the bus station.

The old railway station was conveniently situated next to the numerous public transport lines, close to the Slavija Square and city centre. It was easy to reach almost any part of the town, even New Belgrade, since it’s just “across” the river. But the new one is a different story.

So as you can see they are a bit far apart. It’s not that much, some 4 km, but the trouble is, the new railway station is actually a big “work in progress”. It’s still not finished, so you will see that it has no “finish” on the roof, it doesn’t have a working elevator, it barely has a single cafe inside and no shops whatsoever.

Also, because it’s newly established, it only has three bus lines – 34 and 36. 34 and 38A will lead you to a far away parts of the town, so you need 36. That one will actually take you to the old main railway station, but also Slavija square, so you will reach the target location, hotel, hostel etc easier.

As I have mentioned, new main railway station is located in a “weird” part of the town. It’s not that far from the city, it’s not “remote” or “deserted” (it’s really close to Partizan stadium, Musem of Yugoslavia, Hyde park, etc) but it doesn’t have that much of residents around (just a couple of tall buildings you will see when you exit the station) so there are not so many restaurants, cafes or anything else nearby.

It’s really “non-inviting” for walking as well, since there are not many paths that will lead you to “civilization”. So you gotta use BUS or CarGo/Taxi.