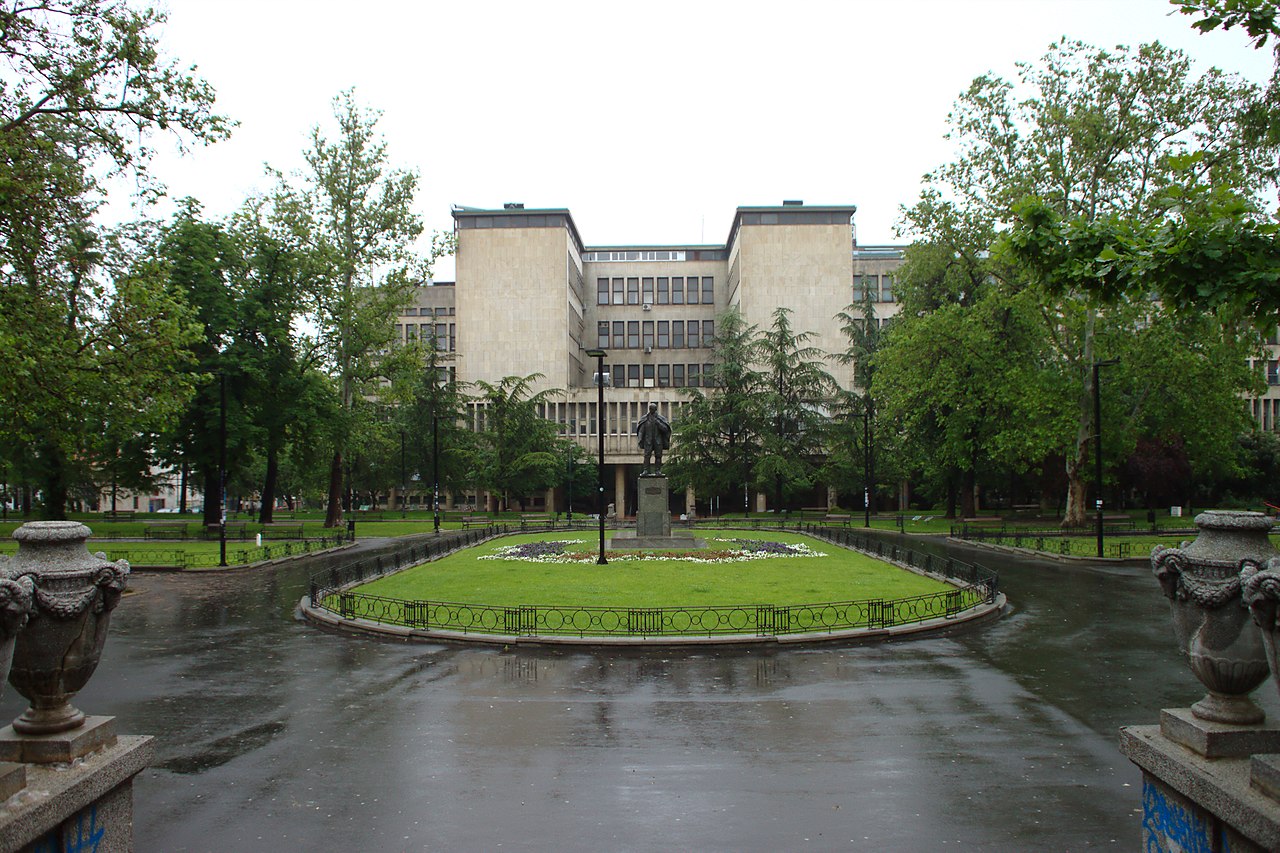 This park, also known as the University Park and the Academic Park, is located almost in the very center of the city, in the immediate vicinity of the main pedestrian zone of Belgrade – Knez Mihailova Street. It is located on Studentski trg, surrounded by faculties and buildings of great public importance.

History of the Student Park
In the area of ​​today’s park, during the rule of the Ottoman Empire, there was a Turkish cemetery, until the 19th century. After that, one part of the current park was occupied by the market, and in 1869, after the works in that area, the market was shortened, and then completely moved to Jovanova Street. The space that remained free on that occasion was turned into a park. At the end of the 19th century, the park received its first monument, dedicated to Josip Pančić. In the following years, additional work was done on arranging the park, so today you can see the monument to Dositej Obradović, the work of sculptor Rudolf Valdec. Originally, this monument adorned Kalemegdan, until it was transferred to the Student Park. What additionally adorns the park are the baroque fence and gate, erected during the 20th century. The last reconstruction of the park was done in 2012.

Flora of the Student Park
Although the park does not boast a large area, such as its neighbor, Kalemegdan, it hides about 20 gardens of different trees. The oldest tree in the park, a 120-year-old Japanese sophora, was cut down in 2008, but a bench was made in its place from this tree. It is easy to distinguish it from other benches, because it is placed on a large stump of cut wood. Due to the large number of trees in this small area, the park is ideal if you want to hide from the sun. Special types of trees are marked with boards with more information, and among them are ginkgo tree, mountain maple, wild chestnut, sophora.

Student Park environment
The name of the park is due to the buildings of the faculties that surround it – Philosophical, Philological, Geographical, Mathematical. Across from the park is a magnificent building, the Captain-Misha building, which houses the headquarters of the Rectorate of the University of Belgrade. in the immediate vicinity are the Ethnographic Museum, the Yugoslav Cinematheque and the building of the Kolarac Endowment.

How to get to the Student Park?

It is only 500 meters away from the Republic Square, so you can reach it on foot, along Vase Čarapića Street.