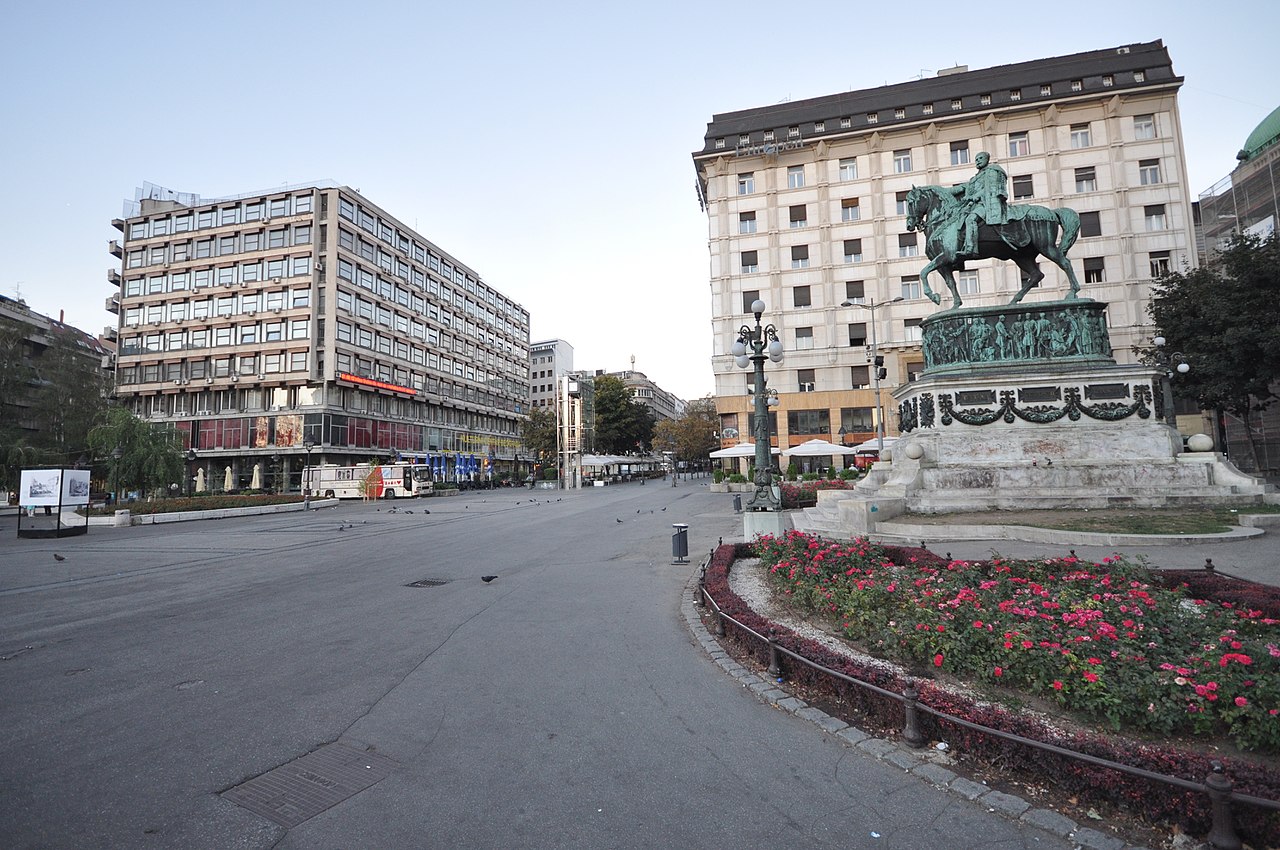 Many places have marked Belgrade, but rarely, as in the dust of history and progress, has the “Dardaneli” tavern disappeared.

Built in 1855 and demolished in May 1901, the tavern with the name of the strait that connects the Aegean and Marmara seas, and which separates Europe from Asia, was in its time an important pillar of exchange of opinions, bohemian language, culture, art and city spirit.

Today, the National Museum of Serbia is in its place. Visitors at the time even called it derogatory “Near the horse’s butt”, alluding to the fact that it is right next to the back of the monument to Prince Mihail.

Branislav Nušić, one of the regular guests of the famous inn, described its atmosphere and anecdotes in his memoirs entitled “From the Past”:

It was located in the area between the beginnings of Cika Ljubina and Vasina streets, at the end of a row of one-story and very similar shops. It looked at Obilić’s venac with its width and Vasina Street with its narrow front. In the summer, there were four rows of tables on Obilić’s venc, and guests liked to enjoy the shade of young acacias.

The first owner of the building where the “Dardaneli” tavern was located was Kosta Ivković, the father of Dr. Momcilo Ivković, a famous Belgrade doctor and politician. As Nušić writes, it was “a certain Kosta, a former blacksmith from Palilula”

The building, which until then was “an ordinary and very simple cafe frequented by patrolmen, small traders and grocers”, was renovated around 1869 or 1870 and was leased by the cafe owner Mita Ristić, known as Ćira. That’s when the real social history of this bar actually begins.

Before Mita’s engagement, there was a large tin stove in the middle of the tavern where guests burned wood, and the tables were without sheets and their surfaces were “varnished by rubbing elbows”. The rush green chairs were “scratched and wobbly”. Glasses were wiped with a dirty cloth hanging on the wall.

Mita decided to beg for pathos, he bought new chairs made of yellow wood, put two mirrors on the wall and got sheets for the tables.

The teasing bore fruit and attracted the actors of the National Theater and they, in turn, “tavernized” other intellectuals as well. The next “burst” of beautification was arranged by the boss Ljuba, who expanded the space, acquired a billiard table and chairs made of bent wood.

“Dardaneli” was also a kind of people’s university and literary forum, where the youth, high school graduates came secretly, and the rest of the young world openly, in their eagerness and desire to get to know the world and present their beginner’s literary works.

The demolition of the “Dardaneli” at the beginning of the 20th century caused a lot of indignation: Belgraders of all generations gathered around the ruins, sad and desperate. But the progress was inexorable. Instead of a low udjera, Belgrade’s decoration – the Palace of the Fund Administration, today’s National Museum – should have been erected on the Theater Square.

In 1903, on the site of the old “Dardaneli” tavern, the palace of the Fund Administration was built, the purpose of which was to free the peasants from debt to the greengrocers. The building was designed by Andra Stevanović and Nikola Nestorović. At the time when Nušić wrote his memoirs, that building was Hipotekarska banka, one of the oldest banking institutions in Belgrade. The National Museum moved into it in 1952.