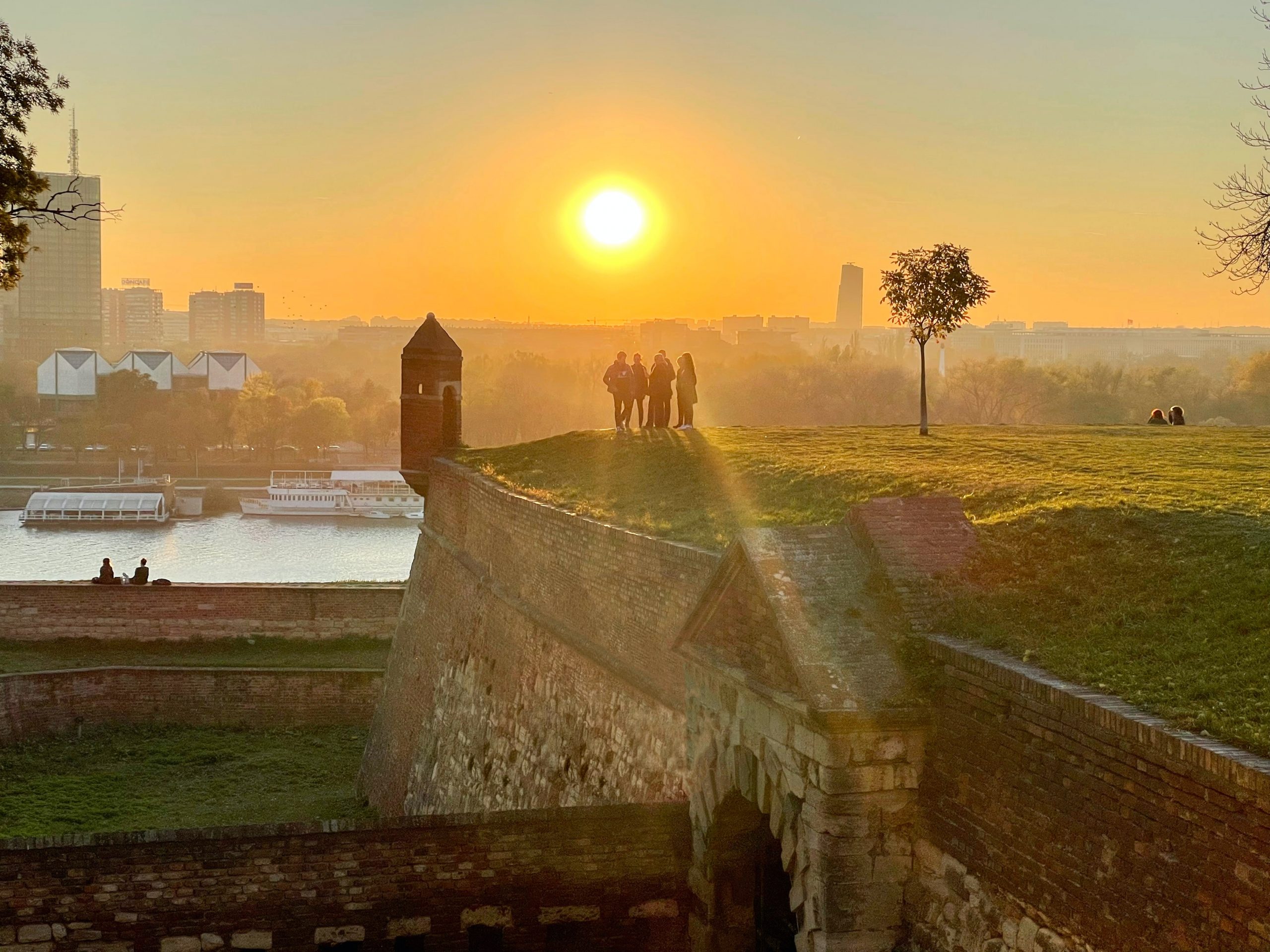 Cities are most often built on hills, elevations, hills, hammers, as well as along rivers and at the mouths of large rivers. The hills provide a beautiful view, but at the same time, that visibility in the past made it possible to see when the enemy was coming.

In time, he stopped thinking about hiding in the hills as a way of ambushing and defending himself from the enemy, but life on the hill somehow remained as a “privilege of the rich”. Here, on the occasion of this story, let’s mention the series “Beverly Hills”, which we “swallowed” as children. We all wanted to live in Beverly Hills with their way of life, and the main question among the girls was whether you liked Brandon (Jason Priestley) or Dylan (Luke Perry(.

Belgrade, they say, has sprung up on 29 hills. What is one Rome compared to the capital of Serbia, which, according to legend, was built on (only) seven hills! Joke aside, for many of the capital’s hills and hills, there is no information left about how they originated and got their name.

When you approach Belgrade from the west, along the Ibar highway, the first hill you come across is Petlovo brdo at 205 m above sea level. Until recently, it was bordered by a pine forest, the park “Borići”, which was cut down in order to build a loop in that part within the Bypass around Belgrade, which leads to the airport “Nikola Tesla”. We do not know for sure why Petlovo brdo got its name. According to folk etymology, we can assume that someone “had a terrible rooster”, just like Djordje Balasevic in his song.

Once a distant outskirts of Belgrade, today Labudovo brdo (hill) is connected to Petlovo. It is assumed that the name of this hill remained from the code under which the architect Aleksandar Đokić created his creation in the 1960s. The president of the SPO and the former Minister of Foreign Affairs of Serbia and Montenegro, Vuk Drašković, lived on Labudovo brdo, and below the street where he lived, there is a cave, probably a former mine.

Continuing along the same road, the Ibar highway, you come to Julino brdo (hill), which is located at an altitude of 124.23 meters. The legend of Baba Julia is connected to Julino hill, who, as a great patriot, helped the insurgents in every attack of the Turks. And when the Turks attacked the Serbian army one night, Baba Jula, together with several insurgents, set fire to large stumps and pushed them down the slope, hindered the Turks in their intention, which helped the insurgents to recover and defend themselves. Who knows, if it weren’t for Grandma Julia, maybe today there wouldn’t be these 15 skyscrapers on Julia Hill.

East of Julino is Banovo brdo. It is bordered by Žarkovo, Topčider, Košutnjak, Ada Ciganlija and Čukarička padina, and is connected to New Belgrade by the Bridge on Ada. During the Turkish rule, this hill was called Golo brdo or Ordija.

It was named after the politician, diplomat, professor of the Lyceum, Matija Ban, who lived in this area in the middle of the 19th century. He asked the then Belgrade authorities to buy a part of the land in this part of Belgrade. As one of the most famous representatives of the Serb Catholic Movement in Dubrovnik, who did a lot for Serbia, the municipality gave him a herb on the top of today’s Kneza Višeslava Street (216.68 meters above sea level), where he built first a summer house and later buildings, a dairy , orchards and vineyards. Soon, other rich people began to build villas on Goli Brdo, while factories and workers’ colonies were established at the foot of the Čukarički rukavac.

Golo brdo was named Banovac, after which the names were changed, and at the beginning of the 20th century it was given the name it bears today – Banovo brdo.

Banjica, although often called Banjicki vis, is not listed as a hill anywhere, although from its 198 meters above sea level, it really deserves it. It was inhabited in the Neolithic era and is one of the sites of Vinča culture. It was named after numerous thermo-mineral waters, of which, they say, there were more than a thousand. And it was also noted that “on Banjica hill there was a place where the Romans buried the dead in the third century AD.”

During the Second World War, there was a Nazi concentration camp in Banjica, and after the war, the construction of today’s settlement began. One of the buildings of the then most modern architecture is the Military Medical Academy.

Kanarevo brdo, at 107 m above sea level, is the place where the Railway Colony was built at the end of the third decade of the 20th century, which was located on the outskirts of the estate of rentier George Kanare, after whom it was named. Before the colony was built, it was called Goljino brdo and was planned as a “garden city” with family buildings and villas and a lot of space for rest and entertainment.

A stream flows through Kanarevo brdo, which remained under concrete and asphalt due to urbanization, and one part of it can be seen in the yard of the elementary school “Ivo Andrić”.

Dedinje, which is mentioned in geographical maps from the 18th century as Dedinberg, translated as “Dedinjsko brdo”, is today a noble settlement inhabited by politicians and celebrities. The House of Flowers is also located in Dedinje, where the former president of the SFRY, Josip Broz Tito, is buried.

Topčidersko brdo is located four kilometers from the center of Belgrade, with which it is connected by Kneza Miloša Street. The name Topcider is derived from the Turkish word “gunner” and the Persian “dere” (valley). It was the place where the Turks, during the siege of Belgrade in 1521, poured cannons to attack Belgrade. Three centuries later, Prince Miloš Obrenović, starting to edit Topčider, built a residence for himself, known today as Miloš’s residence. The highest point is located at 210 m above sea level near the White Palace.

Milićevo brdo (279 m) and Stanovačko brdo are located between Višnjica and Slanac. Apart from mentioning the names, there is no other information about them.

Maleško brdo is located on the slopes of Vračarski vis, above the Mostar loop. When you climb Avala, you will see Vodičko brdo. Starac-Vasino brdo (209 m) is between Vinča and Ritopek. Lisasto brdo is above Leštane, and Lozovičko (209 m) near Boleč. We come across Moračko brdo (hill) before Umka when we leave Belgrade.

Pashino brdo is located above Dusanovac. It was named after Sulejman-pasha, when Karadjordj’s insurgents caught up with him and executed him. After the Second World War, his name was changed to Lekino brdo, after Aleksandar Leka Ranković, who lived there illegally before the war.

Belgrade has always been a city in the windstorm, a city that connected East and West and where different cultures have intertwined for decades and centuries. Belgrade is also a city that literally has its own winds that purify the air and allow it to breathe with full lungs. All that influenced the names of the settlements that have sprung up in Belgrade for centuries.