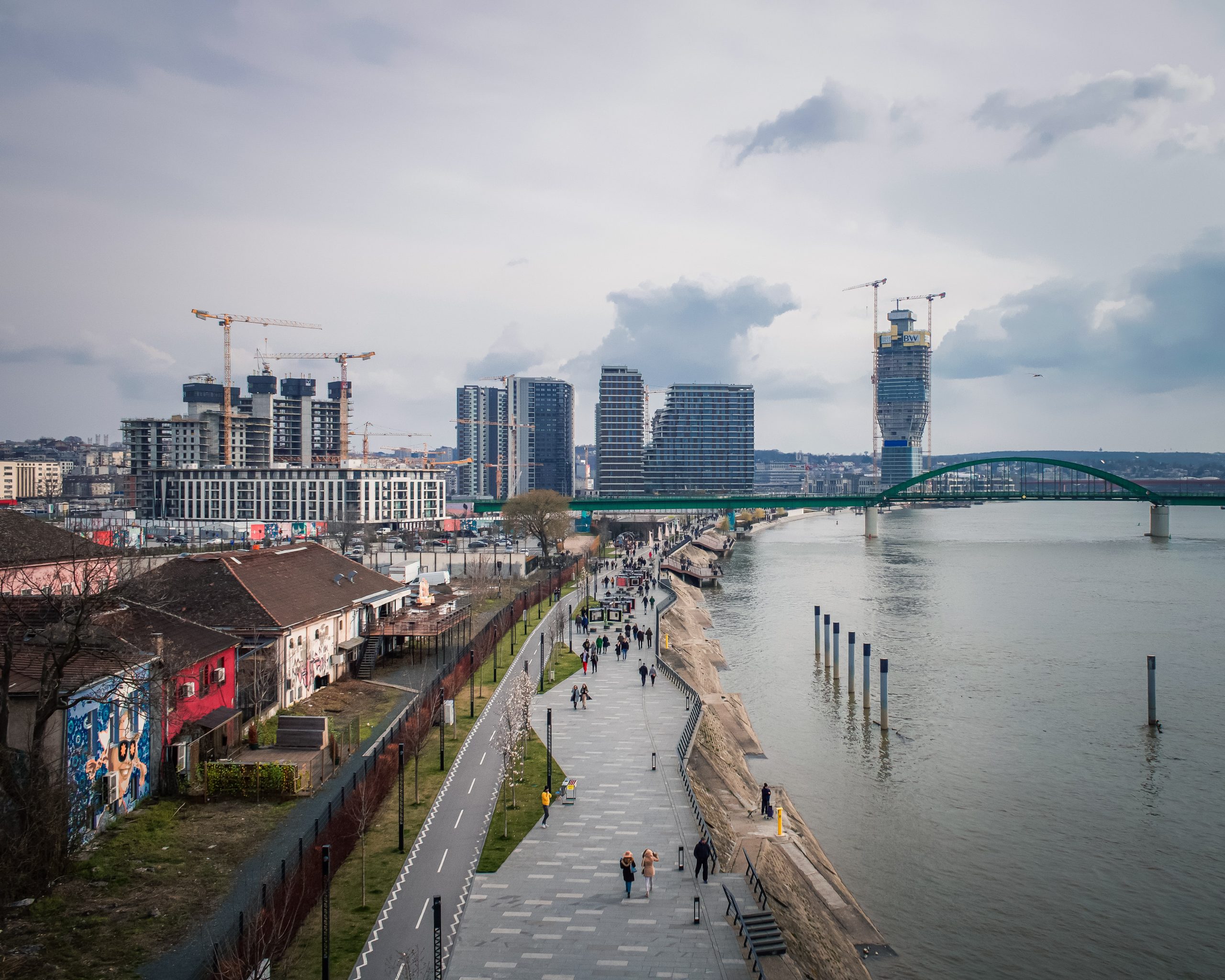 Belgrade was built at the crossroads, at the confluence of the Sava and the Danube, and many rightly call it the “gateway to the Balkans” and the “gateway to Central Europe”.

This city brings with it a deep cultural and historical heritage, which is reflected, among other things, in a large number of museums: the National, Military Museum, the Museum of Contemporary Art and the Nikola Tesla Museum. Numerous monuments that over time have become a kind of symbol of the city, such as Pobednik, the Monument to Prince Mihajlo or the former residence of the royal family Beli dvor, speak of the turbulent history of Serbia and the Serbian capital. In modern Belgrade, new urban places are appearing where young people eager for fun, culture and art gather.

The capital of Serbia is one of the oldest cities in Europe. Remains of a Neolithic settlement have been found in its vicinity, and the Celtic city of Singidunum sprang up on the territory of the present city in the 3rd century. The city changed its rulers again with the arrival of the Romans in the 1st century, so that Slavs could settle in it in the 6th century. Over the centuries, many nations have fought around it – Hungarians, Turks and Austrians, which is why the city was destroyed and rebuilt as many as 38 times. In 1841, Belgrade became the capital of Serbia.

The unique stamp is given by its location – it is located at the confluence of two large rivers – Sava and Danube – whose banks are arranged and popular promenades filled with parks, but also restaurants and cafes that are mostly on rafts from which you will enjoy a magical view of the river and town.

Decorated with works by famous Serbian and world street artists, the Savamala district on the Sava bank is full of galleries, cultural centers and cafes with live music that create a relaxed atmosphere and invite visitors to take a break and relax from the city crowds and bustle. Somewhat further, on the banks of the Danube, lies Dorcol Platz – a cultural center where theater performances, art workshops, concerts and many other cultural and artistic events are organized throughout the year.
Unforgettable entertainment is guaranteed by numerous clubs with modern musical expression in which good parties abound, as well as traditional cafes with live music and songs whose words you may not understand, but you will certainly feel their soul. This far-famed nightlife of the Serbian capital has given Belgrade the epithet of a city that never sleeps!

Fans of classical music will rediscover the charms of famous compositions performed by the Belgrade Philharmonic, while fans of contemporary theater and the latest theater tendencies will find their place at BITEF, a festival that gathers engaged and provocative performances from all over the world. If you visit Belgrade in April, don’t miss the Belgrade Dance Festival, which brings ballet troupes from all over the world to the Serbian capital. And throughout the year you can enjoy the performances of Belgrade ballet and opera performers at the National Theater and the Madlenianum. If you like movies, Belgrade is the right place for you, because festivals change here during the year, where you can watch author’s, animated, short, documentary and various other films from all over the world.

Belgrade is full of sports fields and halls, which is why it hosts numerous sporting events, from traditional marathons and half marathons, to numerous water sports such as canoeing or kayaking – to major international European and world championships in basketball, handball, water polo. , volleyball … Starting from famous film, music, art and other festivals all the way to exciting sports events, Belgrade is simply “teeming” with various contents throughout the year.

Now is the right time to visit the Serbian capital and see for yourself why Belgrade is called the gate of the Balkans!

We are waiting for you with open arms!