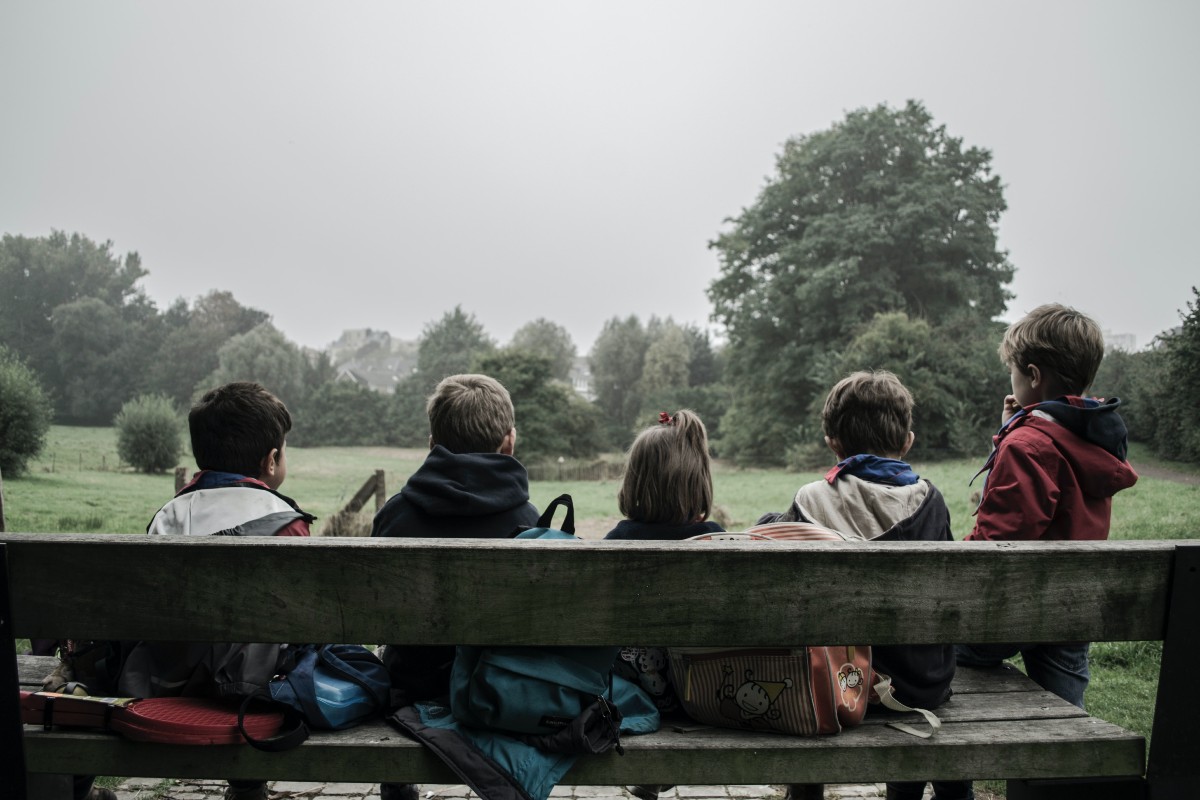 What to say about Belgrade that is not already known? Absolutely nothing. Everyone has their own point of view, but the facts are something that distinguishes the common places of each city: Belgrade has two river treasures, the Sava and the Danube, it has an old and a new part, natives and newcomers, it also has Ada Ciganlija, Avala and Kalemegdan, Tasmajdan, Zemun, Kosutnjak, then Zvezdarska forest, Banjica and Bojcinska forests. These are the most important parts of the city where you can spend time with your family when you come to Belgrade.

Museum of Science and Technology

The Museum of Science and Technology is the only museum adapted for children in Belgrade, and I can rightly say that despite the museum rules, children are free to discover the unknown and unrestrained in their natural behavior.

The museum has several contents, and one whole part is adapted to science for the youngest audience. The main setting of the museum is also very interesting for children. It contains antique devices, telephones, old radios, which children can see only in cartoons, flea markets and museums, a huge globe that children adore, an organ and old vehicles, which are located on the ground floor, where the children’s part is located.

The children’s part of the museum is divided into two parts: the toy museum and the scientific part, which is the most interesting for children. Discoveries from the fields of astronomy, mathematics, physics, biology and psychology are presented here in an interactive way. The visual solutions of the exhibits bring science closer to small visitors in a practical way through the use of the exhibits themselves as objects of experiments: through riding a bicycle to activating the sound from the radio receiver; bundles of molecules, learning about gravity and balance in a crooked house, laughing in a room with crooked mirrors, new knowledge of one’s own weight on Mars, Saturn, and observing the planets of the solar system.

The promenade on the Danube quay is located near the former Hotel Yugoslavia, in New Belgrade. It is recommended to spend time on the quay when it is a sunny day, but not too hot. Walking in the strongest sun is not desirable in this part of the promenade, because there is no shade right along the children’s part. The best time to walk is in the afternoon

From the contents – there is nothing missing, just prepare for the noise and keep your wallet at hand: amusement park, outdoor playroom, mini bungee, artificial rock, entire cities – ski jumps, bicycles, cars.

This water oasis is located on Senjak and reveals a water world that we have not had the opportunity to see in Belgrade. In a beautiful setting, on an area of ​​400m2, you can see piranhas, fish Nemo, corals from the Red Sea, lobsters, eels, fish from the Amazon and Hawaii.

In the very center of Belgrade there is Tasmajdanski Park, a place for relaxation and rest, a place where children in the heart of the city have their own oasis in nature. There are several children’s parks divided by children’s age: babies, children from 2 to 5 and the third part is intended for slightly older adventurers.

An unavoidable tourist destination of Belgrade, but also a part of the city where children, pensioners and artists stay every day, Kalemegdan, is a city park that has a fortress in its central part, a fortress of old Belgrade.
Some people think that the most beautiful view of Belgrade is right on the plateau above the confluence of the Danube and the Sava on Kalemegdan, right next to the symbol of the city, the Pobednik monument, the work of sculptor Ivan Meštrović. You can experience a beautiful view of Belgrade from the tower that belongs to the observatory.

Through one of the seventeen gates, one enters the fortress where the Military Museum is located. Depending on their age, you can take children on Kalamegdan to explore fortresses, to a knight’s march through the Planetarium, the Roman well, to the church of Ružica, to the Nebojša Tower, the Military and Natural History Museum, open-air cannons, dinosaur park and the inevitable amusement park and zoo.

On Kalemegdan there is the Belgrade Zoo or the Garden of Good Hope. It is characterized by the love of white lions: many white lion babies were born in this zoo. The symbols of this zoo are all white animals: white lion, tiger, eagle, wolf… The animals are closed in cages and in a cramped space, which does not leave many animal lovers indifferent, although children do not pay attention to it.

Hiking trails are unsuitable for wheelchairs in many places. The part that children enjoy the most is the baby zoo, where mini prawns have been released that children can freely pet and feed on grass, specially intended for them. The garden has over 2000 animals.

Every month, the Kolarac Music Center opens its doors to children. It is a series of concerts that teaches children how to listen to music. The goal of bringing music closer to children is not only a real music education, but also cultivating a sense of beauty and building a quality musical taste. The organizers also made sure to bring classical music closer to a wider children’s audience.

In an interesting way, in constant interaction, children learn etiquette at a concert and the basics of music culture. Children’s nature did not care about the road – almost everything is allowed, to get up, dance, clap, and at the end of the concert, the host invites them to the stage to feel the stage, see the instruments up close or talk to the musicians. Baroque, renaissance, Disney music, Beatles are just some of the sounds that children can play and sing on Kolarac.