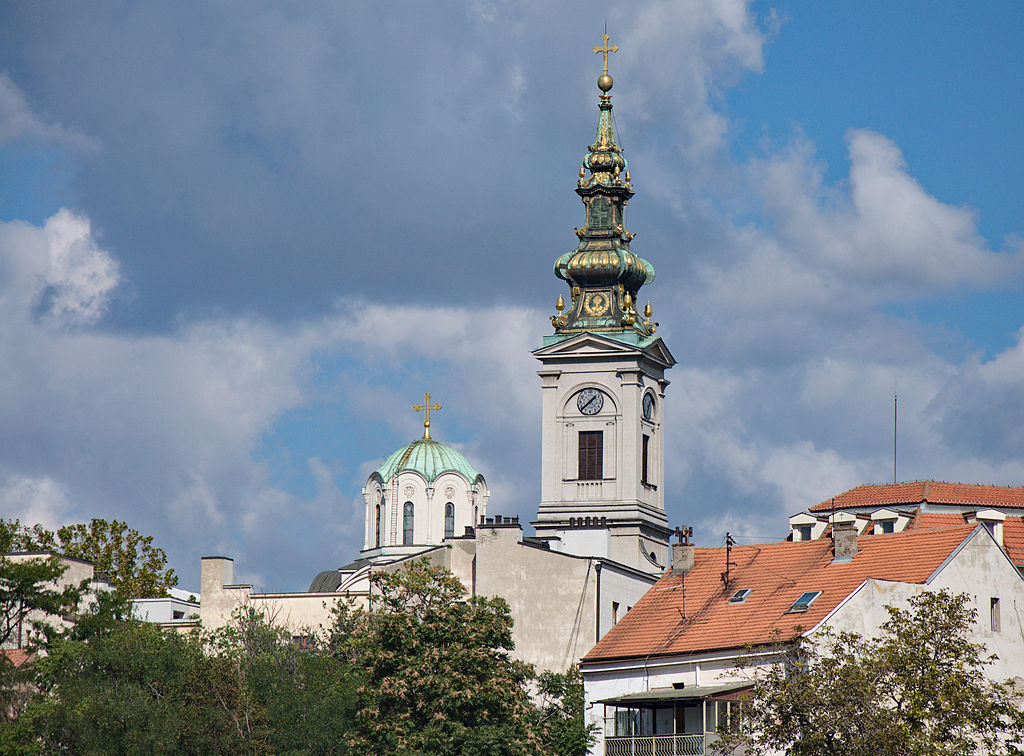 The Cathedral Church in Belgrade is an immovable cultural asset and since 1979 it has had the status of a cultural monument of exceptional importance. It was built on the site of a former old church dedicated to the Holy Archangel Michael. The symbol of the historical cultural heritage since the first half of the 19th century is the church, administrative and cultural center of Serbian Belgrade. It is believed that this church played a major role in the period of liberation of the capital from centuries of Turkish slavery.

The documents in which he is mentioned date back to 1717, when Austria ruled Belgrade. During the Austro-Turkish riots, the church suffered complete damage and in 1763 a decision was made to demolish it to its foundations. Metropolitan Mojsije Petrović started the construction with a new iconostasis. Unfortunately, it burned down in a fire in 1798. It was open until 1813, when the Turks desecrated and looted it again. After the Second World War, the church was adapted and remodeled.

It has long been debated who the architectural author of the church is, however, the preserved documents undoubtedly show that it was built by masters from Pancevo, and according to the project of Friedrich Adam Kverfeld. The icons on the iconostasis, choirs, thrones, pulpit and on the walls were painted by Dimitrije Avramović, a leader of Serbian painters, while the iconostasis is the work of sculptor Dimitrije Petrović.

The Cathedral is the second oldest church in Belgrade and belongs to the largest church buildings built in the Principality of Serbia. In addition to paintings of inestimable value and an imposing iconostasis, there is a unique treasury of objects of applied art, such as goldsmiths and other works that represent cultural heritage of great historical significance.

The first Belgrade singing society was founded in 1853, at the Cathedral and is still active today. This church choir was conducted by the most important composers of Serbian music, such as Stevan Mokranjac, Josif Marinkovic, Kornelije Stankovic and others.

The Cathedral Church of the Holy Archangel Michael in Belgrade is located at the intersection of the streets of Prince Sime Markovic and King Peter.

The Cathedral Church of the Holy Archangel Michael in Belgrade is located at the intersection of the streets of Prince Sime Markovic and Kralja Petra.

If you find yourself near it, visit it because it is truly one of the most beautiful and largest cultural monuments in our country.