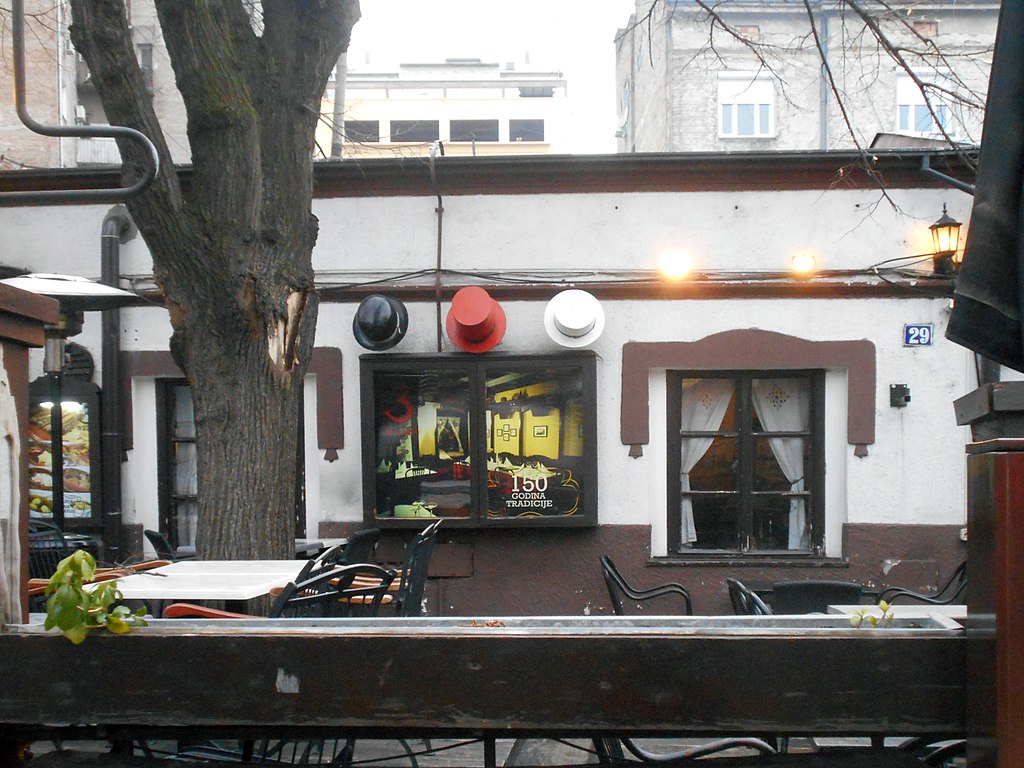 At the mention of the word kafana (tavern), the main associations are checkered tablecloths, loud music, large amounts of alcohol and drinks, but also bohemian for which a place is always reserved. In the past, taverns were the most important state institutions, where artists gathered and created works of art, but also started very important businesses, and the greatest bohemians of Belgrade found inspiration and escape from problems here.

The answer to the question of what bohemian means is hidden among artists – writers, painters, actors, journalists, who created the so-called bohemian movement. Over time, the movement became attractive to the wider population, presenting a way of life that resisted the prescribed norms.

What does bohemian mean and who are bohemians?

In the broadest sense of the word, bohemian means a person who lives outside social norms, striving to find freedom in every segment of his life. These people left family businesses and joined rebel groups of rebels, as many called bohemians.

Bohemianism is neither a class nor an organized movement, but a specific state of mind and understanding of things and order in society – which was advocated by all the bohemians of the world, even the greatest bohemians of Belgrade. Bohemia is actually much more than a cafe and a drink, as many believe today, although it goes well with both. Bohemia itself is a resistance to bourgeois values ​​and the pursuit of goals that are contrary to certain values ​​in life.

When it comes to bohemians, history says that the first bohemians in the world began to inhabit the streets of Paris coming from the Czech Republic. The Parisians gave them the name Bohemia or Bohemi, which was the name for people of the free spirit, who represent everything that is contrary to the bourgeois way of life. The former Montmartre in Paris and Golden Street in the Czech Republic were synonymous with the life of the bohemian and the bohemian in general.

The bohemians were poor, so it is not surprising that they once created their own style of dress, which was later continued by punks. They wore everything they could find, so it was often possible to recognize the bohemian in the tavern by two different shoes.

They combined pieces of clothing and colors that do not go with each other, so trained, they ordered one cup of coffee in expensive restaurants and drank it throughout the day, giving the owners and guests the first place.

Where did the bohemians of Belgrade gather?

When it comes to bohemians, Belgrade is known for many taverns where the greatest bohemians of our art scene gathered. The “Dardaneli” tavern was a meeting place for artists in the second half of the nineteenth century, until the moment when it was demolished in 1901. Today, the National Museum is positioned on the site of the former tavern, next to the well-known Monument to Prince Mihajlo.

Instead of this taverns, the bohemian quarter of Skadarlija – a street in the center of Belgrade, which consists of numerous taverns and restaurants, took over the role of the tavern “Dardaneli” and became a place where the greatest bohemians of Belgrade gathered. When it comes to Skadarlija and Belgrade, the bohemians are actually the ones who made up this part of the city and which is still made up of famous tavern stories and adventures.

Skadarlija’s tavern and restaurant “Tri šešira” have existed for more than a hundred years, so it is not surprising that it is one of the cafes where they gathered for years and where the greatest bohemians of Belgrade, such as Radoje Domanović and Bora Stanković, created.

After the First World War, this place was a favorite of Dis and Sima Pandurović, famous Serbian poets. What is interesting is the fact that the owner of this cafe gave the artists a drink “on the line”, which attracted a large number of bohemians.

Also, the cafe and restaurant “Dva jelena” was always full of people, among whom the bohemians of Belgrade represented the largest part of the guests. Ideas for numerous magazines were born in this cafe, where the greatest bohemians of Belgrade often spent days and nights with a glass, music and the best company.

The “Klub književnika” restaurant is said to be the second Serbian Academy of Sciences and Arts. Famous bohemians of Belgrade, like Momo Kapor, had their own special tables and a special place in this restaurant.

Over time, cafes in Belgrade and restaurants have shown that the most creative and important literary evenings, as well as drama evenings, take place in them. Our literature owes a lot to the spirit of the tavern!

Bohemians were accepted as an important part of the cultural heritage, integrated into the social system and in that acceptance they disappeared in history. But, their works are still alive, and tavern stories and adventures still have a significant place in special Belgrade neighborhoods, which are characterized by bohemian taverns.