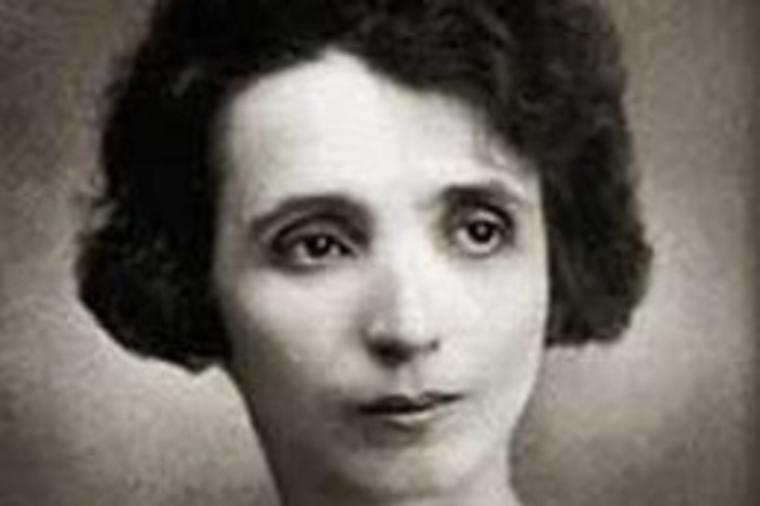 Ksenija Atanasijević, born on February 5, 1894 in Belgrade, was a philosopher and translator, the first woman doctor of science and lecturer at the University of Belgrade. She is considered the first feminist in the Kingdom of SCS because she fought for her place, where there was no woman before.

Education at the University of Belgrade and the first gossip
She studied philosophy with classical languages ​​at the University of Belgrade. Her main subject teacher was the famous Branislav Petronijević, whose assistant she became near the end of her undergraduate studies. By then, she already spoke French, English, Russian, German, and also spoke Italian, Greek and Latin.

She graduated with great success in 1920, and that is when the Bazaar stories and attempts to destroy the name she built for herself began for the first time. It is being said in the city that she is the mistress of Professor Petronijevic and that she deserves her success. Because of these gossips, she hesitated to continue working on her doctoral thesis.

However, after a short work as a substitute in the Third Belgrade Gymnasium (which was the highest occupation that an educated woman could achieve), she went to Europe for a year. She studied the work of Jordan Bruno and is writing her doctorate on the topic of Bruno’s teaching on the least.

The first woman doctor of science – answers about mathematics on the philosophical exam
1/20/1922 She defended her doctorate at the University of Belgrade before a commission consisting of, among others, Branislav Petronijevic, Milutin Milankovic and Veselin Cajkanovic. Although it was a matter of defending a philosophical work, Ksenija was given a task in discrete geometry that day, in front of a full amphitheater. When she solved it on the board with ease, there was no longer a possibility to challenge her doctoral degree. Dr. Ksenija Atanasijević was only 28 years old at the time.

Fight for the position of assistant professor at the faculty – “Congratulations, miss, you went to hell!”
Ksenija dreamed of a university career, but there was a heated debate about her assistant professor. At that time, there was no woman with the title of assistant professor at any faculty in the Kingdom of Serbs, Croats and Slovenes. In the meantime, the bazaar had new stories – that she was the mistress of her friend Zora Stanković, and the story that she was in a relationship with a married doctor Milan Marković ended up on the front pages of the then yellow press – Balkan and Veče.

She worked in high schools in Nis and Belgrade, until in October 1923, a proposal to be accepted as an assistant professor was approved. The proposal was signed by Petronijevic, Dr. Dragisa Djuric and assistant professor Nikola Popovic. It is fair to say that colleagues welcomed this decision very violently and that they tried in every possible way to remove it from the faculty. It is often quoted what Dr. Tihomir Djordjevic told her: Congratulations, miss, you have entered hell!

Accusations of “colleagues” and leaving the faculty
The most fruitful years in Ksenija Atanasijević’s work followed – she wrote several books and about 400 scientific studies, and in 1928 she was elected associate professor for the entire history of philosophy. For this decision to be valid, it had to be confirmed by the University Council. Then there was a dramatic turn and the beginning of the end – one of the colleagues declared him a plagiarist because she allegedly did not name the author of one sentence of one of her works.

he fought against these accusations for a full eight years, only to give up in 1936, saying that “I had nothing more on my side, except the truth and the law.”

Activism during the Second World War and the death penalty she escaped
During World War II, she wrote against nationalism and defended Jews, which is why the Gestapo arrested her. After the end of the war, the new government arrested her. One of her “colleagues”, Dusan Nedeljkovic, became the dean of the Faculty of Philosophy and the president of the War Crimes Commission. He demanded the death penalty for Ksenija, but she still comes out of the communist prison deprived of all civil rights. Her books were banned, but she continued to work anonymously.

Ksenija Atanasijević was the greatest Serbian woman thinker! She was and remains an example to many women and the initiator of change and the struggle of women for education and work! She remained in Belgrade for the rest of her life, although she received official invitations to teach in America. She died in 1981 at the age of 88.