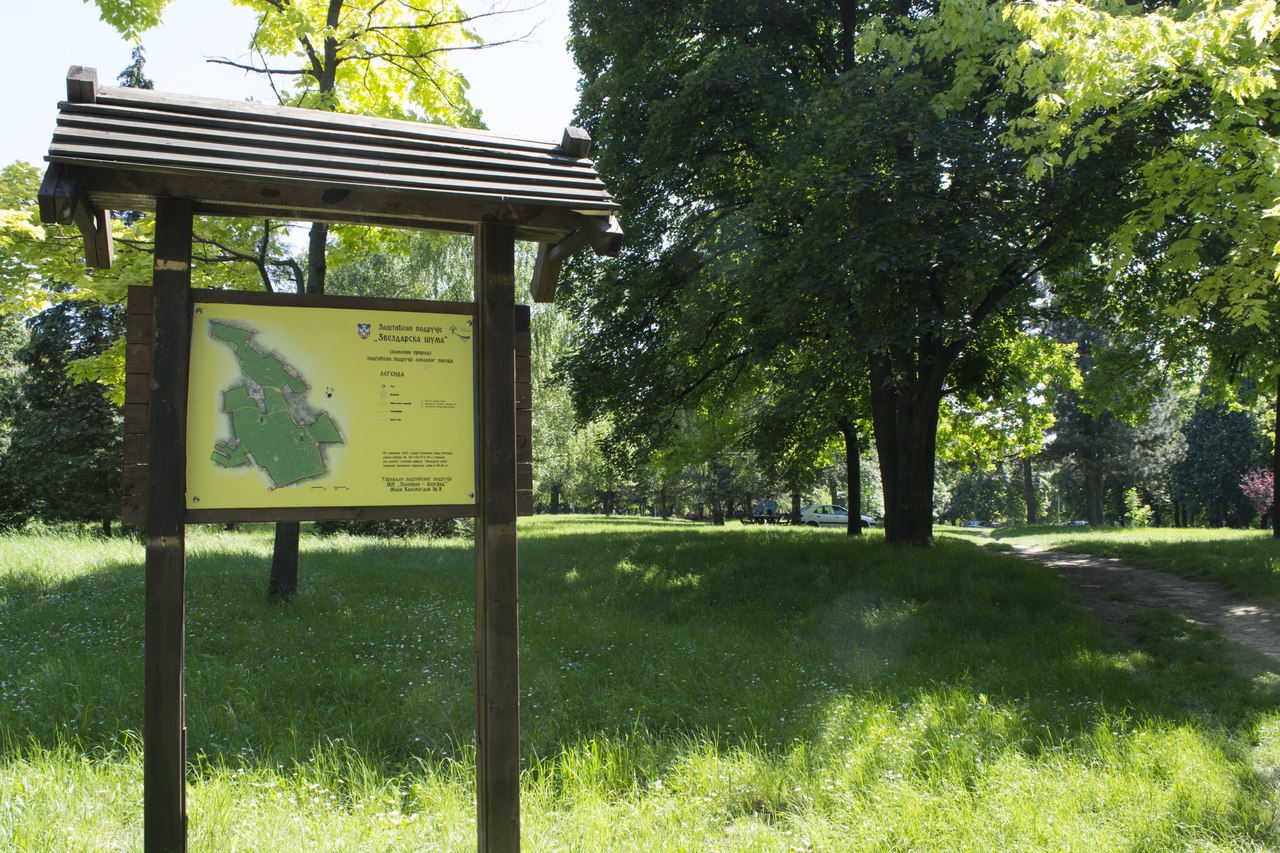 It is a refuge to which we flee in order to touch nature and rightly bears the title “lungs of Belgrade”. Zvezdarska forest, with its 145 hectares of trees and vegetation, is a real oasis of greenery surrounded by asphalt streets, concrete buildings and the Danube, but also a place where the royal court almost found itself.

Star forest in front of the trees

In this area, during the 17th and 18th centuries, there was no forest like the orchards, gardens and vineyards already arranged today. The rich Turks who built luxurious cottages here called the area Ekmekluk (translated as bread) and enjoyed all the charms that this place, then “so far” from the city, provided.

Yet, like many other things, the war made this landscape completely change his personal description. It was occupied as a strategic elevation by members of the Austrian army after they took over Belgrade from the Turks in 1789 and, on the orders of Eugene of Savoy, built a trench there. This trench was renovated by Marshal Laudon in 1789, since when it bears his name, and it was also used by the soldiers of leader Karadjordj during the liberation of Belgrade during the First Serbian Uprising.

This piece of Belgrade remained somewhat forgotten until the end of the First World War, when it was again used for growing grapes, and several brickyards were built there. However, a few years later, things are changing significantly.

Having in mind the beauty of the landscape, King Peter I Karadjordjevic wished to build a palace for himself in the area of ​​today’s Zvezdarska forest. However, the advisers responded to this plan, arguing that the court at this place, due to the proximity of the Danube, would be an easy target for the ship cannons of the Austro-Hungarian navy.

Thus, instead of a palace, the Astronomical Observatory or Zvezdarnica was built here in 1933, as the people christened it, and thus called the whole area Zvezdara. Immediately after the telescopes were pointed at the sky, a large afforestation action was launched, and most of it was done in the period 1948-1950, thanks to Mladi gorani and large youth work actions during which tens of thousands of trees were planted, mostly acacias, poplars and maples. That is how the Zvezdarska forest was born, which has since created clean air for the people of Belgrade and provides partial protection from the basket.

At that time, the “Mihajlo Pupin” Institute was housed in the Zvezdara Forest, while years later, more precisely in 1989, the construction of the “Zvezdara” Science and Technology Park began, which was completed in 2012.

Since 2021, the General Plan of Belgrade has declared Zvezdara Forest an area with natural values ​​and declared it a permanent asset of the city of Belgrade.