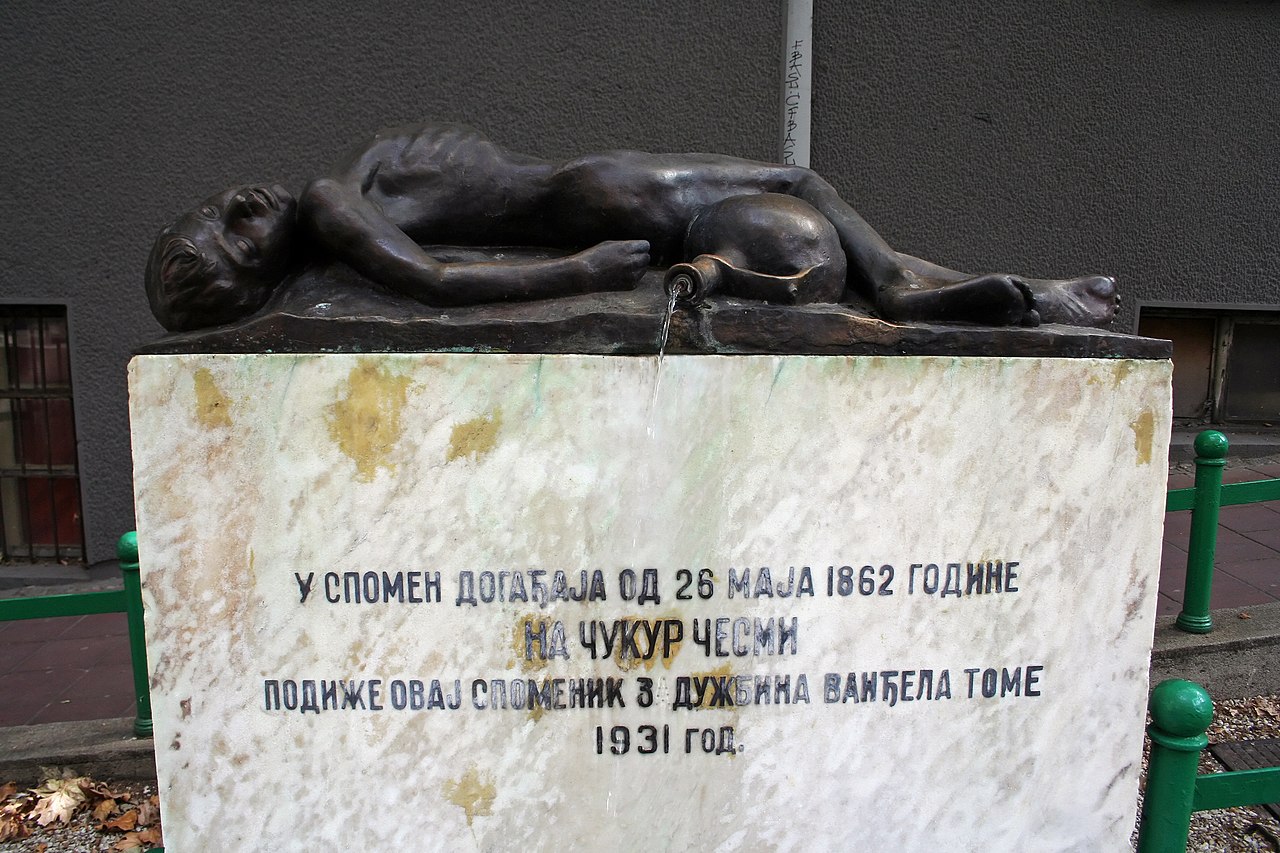 Belgrade is full of monuments and buildings that are of great importance for the history of this city, but also for the whole of Serbia. The city itself has so many buildings that we cannot say with certainty the final figure. Many of them bear the marks of one time, one people and one culture. In addition to our creators, all those who have passed here over the centuries or under whose rule we were after the lost wars have left their mark in Belgrade. In Belgrade, you can see a lot of Roman, as well as Turkish culture. We will remind you of some of them, and those who are not so familiar with our monuments and greats, will learn something more than the rich Serbian history.

Tomb of folks heroes on Kalemegdan

You pass by this almost constantly when you walk through Kalemegdan, and did you know what they would actually be placed on a marble slab located in the part where you go to the Kalemegdan terrace under the ramparts of the fortress? The tomb was erected back in 1948 and Ivan Milutinović, Đuro Đaković, Ivo Lola Ribar and Moša Pijade are buried in it. On the wall of the plaque is the inscription “Death to fascism – freedom to the people”. By the decision of the Municipality of the City of Belgrade, the tomb was protected as a cultural monument in 1983.

This museum is one of our oldest museums, and it recently celebrated the centenary of its existence. It contains some of our most important cultural treasures. Although the museum was founded in February 1901, its roots go back a long way. Since 1844, the National Museum of Serbia has had a number of ethnographic objects in its exhibition. At the beginning of the founding of this museum, the collection of ethnographic objects contained 909 exhibits, 32 books, several photographs and a very valuable historical album of watercolors and drawings of folk costumes by Nikola Arsenović. As early as 1904, the number of exhibits reached 8,500, from the entire Balkan Peninsula. At that time, the museum had not only objects from our traditional culture, but also many other ethnic groups from those areas. From the opening day until today, the curators of the museum have tried to collect as many items as possible and increase its fund.

This fountain serves as a memorial to an incident caused by Turkish soldiers. The official name of this sculpture reads “Boy with a broken pitcher”, and the inscription on the sculpture reads “In memory of the events of May 26, 1862 at the Čukur fountain”. On that day, thirteen-year-old Sava Petrović was killed at this place, while he was allegedly pouring water from the fountain of the same name, by Turkish soldiers. This event was the trigger in the already unstable relations between Serbs and Turks at that time. This memorial fountain was erected in 1931, and the author was Simeon Roksandić. The fountain received the status of a cultural monument on February 5, 1965.

On the eve of St. Sava’s Day, at the end of today’s tour, we left the building of St. Sava’s House. It was built by the society of the same name in 1886. Their intention was to spread education and national feeling among the people. The administration and institution of this society were located in this building. The project for the construction of this building was done by the architect Jovan Ilkić. The facade of the building is designed in the spirit of romanticism with certain elements of the Renaissance and Neo-Byzantine style. The building is located at 13 Cara Dušana Street.

This is only a part of what Belgrade preserves, the most significant works of the most talented artists, sculptors, architects, painters and many other important personalities from our history. Thanks to their skilful hands, talent and commitment to preserve the memory of the most important historical figures, today we have just one of the most beautiful cultural buildings. They say that we must first get to know the past in order to have a future, and Belgrade keeps the best of its past as a sign of remembrance of all the events that are left behind. For all the important places in the city that are worth visiting, read our blog.