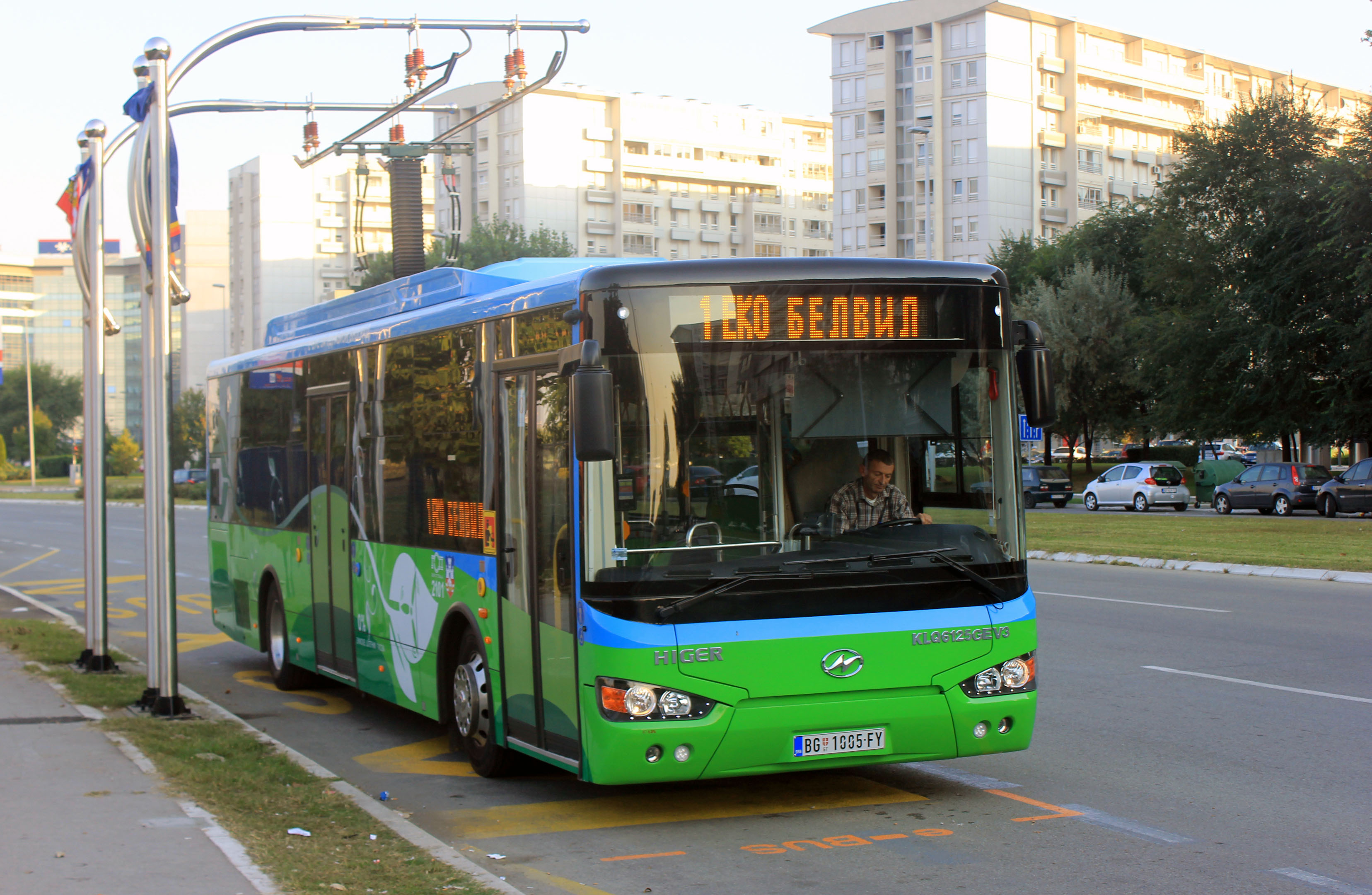 Belgrade is a large city. The old part of the town can be seen walking around, but for everything else, you will need to use public transport. Find out all the details about it!

If there’s one thing I’d really, really like to see sorted out in Belgrade, that would be the public transport. It’s actually not that bad, it’s more of a “hit or miss” thing. It will come in handy if you want to see more remote Belgrade locations (or go from New Belgrade to the old part of the city), but don’t count on it to be on time and especially don’t use it in a hurry (like going to the airport if you are running late). Assume that it will probably be packed as well.

Belgrade has a mix of bus, trolley and tram lines, that use the same ticket system. There are also mini-buses (NOT using Bus Plus system) and a couple of special lines, but more about that later on.

If you are looking for way to get from and to the airport, check out the separate blog post.

So, this is how it goes. First you need to purchase a non-personalised paper ticket that looks like this:

There are numerous places where you can purchase “BusPlus“, but the safest bet is the newsstand or a kiosk next to the nearest public transport station. The paper card itself costs 250 RSD (around 2 EUR) and needs to be topped up with an amount of money needed for the ride. One ride in Zones 1 & 2 (which covers pretty much the whole city you would want to visit anyway) costs 89 RSD (0,7 euro) and lasts for 90 minutes, so you can change buses, trams and trolleys as much as you want within that 90 minutes.

When you enter the vehicle, you will see tablet-looking validators. Just put the ticket at the validator and it will announce the successful payment and let you know the amount of credit you have left. It will also remind you that you have money just for one or two more rides and, of course, if you don’t have enough credit.

There’s another option if you are in a rush or don’t have a kiosk nearby … You can go to the first door, prepare THE EXACT amount of money (150 RSD – 1,3 EUR) and purchase a ticket from the driver. That ticket is a pretty standard slip (or a receipt) that you hold on to yourself – don’t need to validate it. Show it to the ticket inspectors if they show up.

Even though it needs to be validated every time you enter the transport, it’s the cheapest and the most convenient option if you plan to use the public transport in Belgrade and don’t want to worry about it.

There’s another option that might come in handy for the visitors – if you are the owner of the MasterCard with PayPass, you can pay for the ticket just by pressing your MasterCard against the validator in the transport. After you get a confirmation, that’s all you need.

If ticket inspector wants to check if you bought the ticket, pressing the MasterCard against the validator once again displays the message about the payment and it will NOT charge you again.

I wanted to cover most of the options for visitors in Belgrade, but there are other options like personalised tickets (that grant discounts to some shops as well), also monthly tickets etc. Should that interest you, the best page in English that I found is this one.

Update version of the public transport map can be found here. Just click at the only link on the page (the page is in Cyrillic, sorry about that). Or try directly here:

Well, there’s none… from getting up to elderly folks or pregnant women, pretty much everything else is non-obligatory. You are free to enter or exit at each and every door. Don’t be surprised if people start to get in before you got out or if someone is standing at the door but clearly not getting off at the station. If you are waiting at the designated area, that doesn’t mean that the bus driver will stop some 10-15 meters before or after that point. Honestly, just leave all your good manners at the hotel before using the public transport (but take it with you for everything else in Belgrade 🙂

Avoiding paying for the fare

I don’t personally recommend it. You will see lots of people not paying for the ticket, but that way you are risking a fine. Ticket inspectors accompanied by the police will usually be in plain , making them impossible to detect. Once they are in, they will turn off the validators, so you will not be able to validate your ticket so the best option you have is for the bus (or tram/trolley) to reach the next station before inspectors reach you. They will not tolerate it and will not cut you a slack since you are a visitor.

As with the buses and trams, taxis are also a mixed bag – there are more than 10 different taxi companies but they are pretty much the same – some cars are clean and tidy, some not so much. They do have their own lanes (that public transport also uses) but traffic jams in Belgrade are a normal thing riding a taxi might not be the faster option. As it usually goes with the taxi in other major cities – illegal taxies are a problem. You will easily spot them:

Especially avoid them at the airport (or main bus station) if they approach you and ask if you need a taxi. While at the airport, at luggage collection area, there’s a booth with taxi vouchers for purchase. That’s the ONLY option you have for picking up at the airport and the only one you should use. More about the transport from and to the airport read in a separate post.

There are express mini-buses going around the city that are part of the city transport system but are NOT part of the BusPlus, which means that you need to buy a separate ticket from the driver – 150 RSD (1,3 EUR). They have “E” in front of the number (E1, E2, E3…).

There are numerous night lines going through the city. They have “N” in front of the number of the line and can be used with the same BusPlus tickets that you have for a daily commute. The price is 150 RSD (1,3EUR) for Zone 1 and 210 RSD (1,8 EUR) for both Zones 1 & 2.

Beo is actually a train system running through Belgrade. It doesn’t have too many stops but can be really fast and efficient if you know where you are going. It uses the same Bus Plus system so it’s handy.

The map of the lines through Belgrade can be found here. Just take a look at the upper right corner that says (Beogradski čvor). The stops that you will most likely use are – Vukov spomenik, Karađorđev park, Beograd Centar, Novi Beograd, Zemun and Topčider.

Unfortunately no Uber, but there’s CarGo, which is pretty much the same thing only more “local” – it operates in cities in the region (and a couple in Europe).