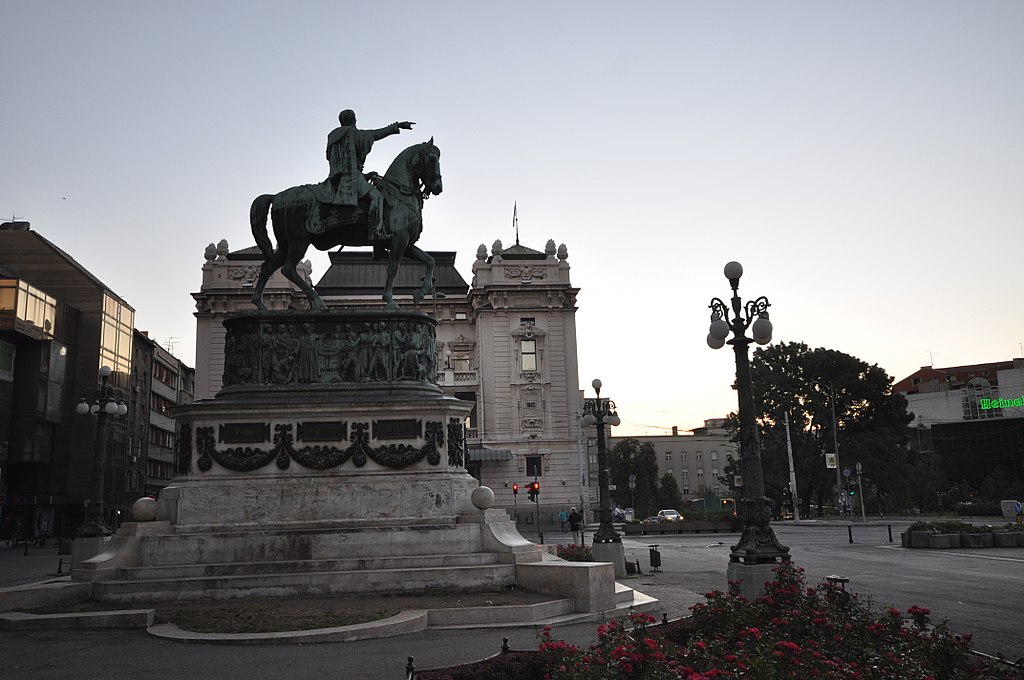 “We are at the horse’s house” – is the main sentence of people who need to meet someone in Belgrade. Republic Square is the central city square in Belgrade, and although today it is modeled on the world’s great metropolises, its appearance has changed over the centuries.

Primarily on the site of the monument to Prince Michael and the National Theater, there was the Istanbul Gate, which was built by the Austrians at the beginning of the 18th century. It was the largest and most beautiful gate of that time.

After the demolition of the Istanbul Gate, the area of ​​today’s Republic Square remained undeveloped for a long time.

For more than 30 years, the National Theater was like one big and ordinary betrayal, and when a monument to Prince Mihailo was erected in December 1882, the gradual urban formation of this square began.