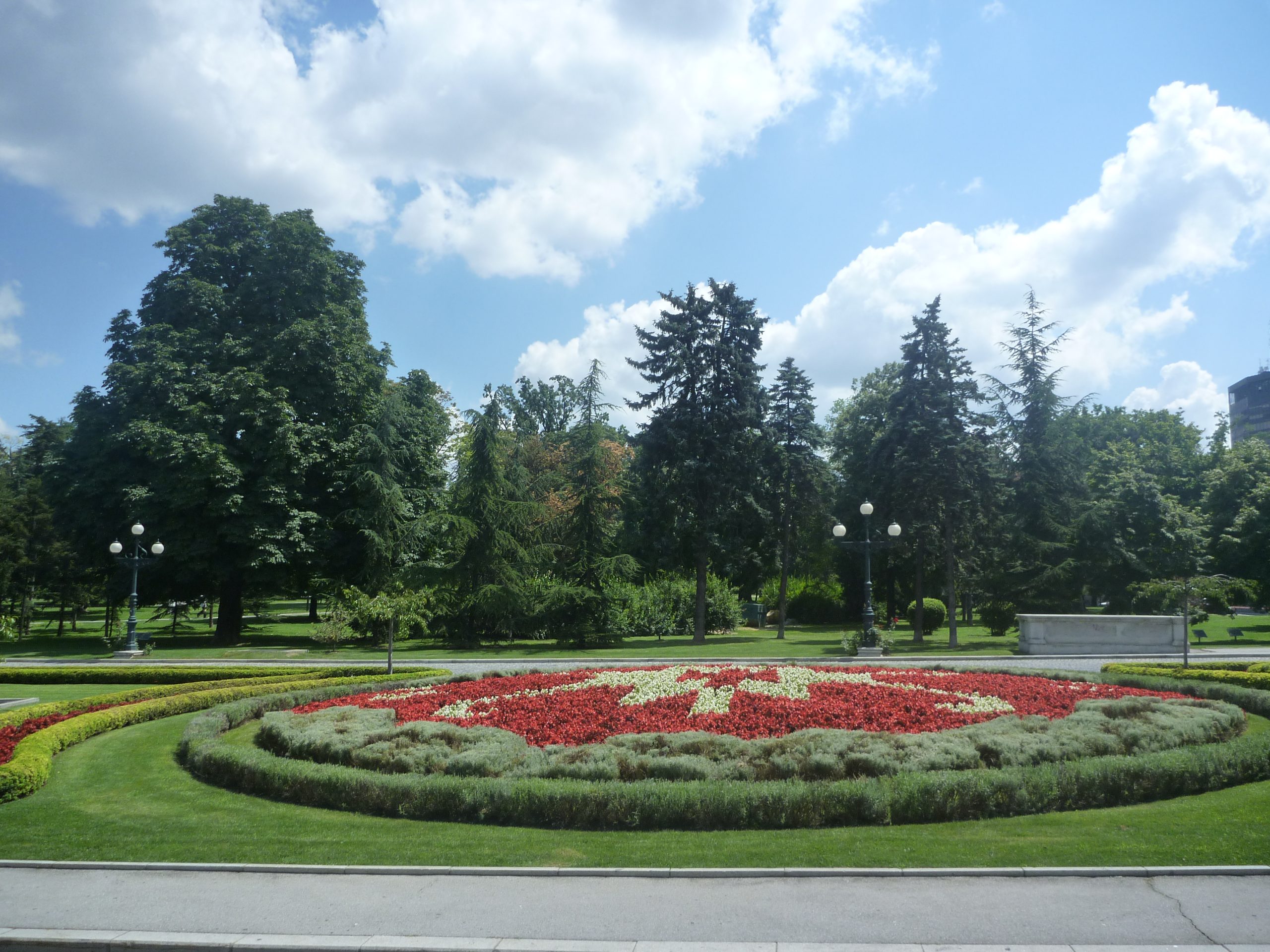 Pioneer Park is a protected environment of immovable cultural assets that covers 3.6 hectares. It is located in front of the Belgrade City Assembly building.

History of Pioneer Park
On the place where the building of the City Assembly of Belgrade is today, there was a house with the garden of Stojan Simić, which the state bought for the needs of forming the residence of the new prince of Serbia, Aleksandar Karađorđević. The palace was built between 1882 and 1884 on the orders of the King of Milan, who also invested in the park itself. The court park had ornamental plants, a cricket court, a tennis court, a bowling alley and a music pavilion. A new yard was planned to be built on the site of the park, but it was abandoned. After the Second World War, the high stone wall with which the court garden was closed was removed. The park was named after a fountain dedicated to pioneers, which was built in 1952. Today, within the park there is an underground garage with 467 parking spaces.

Appearance of Pioneer Park
Over the years, Zelenil Belgrade employees and athletes, winners of medals at various world and European competitions, have planted several trees such as a 40-year-old Japanese maple bonsai tree, a silver cedar and a 20-year-old dogwood seedling. The park can be divided into three parts:
The part next to Kneza Miloša Street where there are the most trees;
Flower ground floor without tall vegetation located in front of the Assembly;
The part where there is a fountain, a flower ground and two side parts next to the courtyard buildings, towards King Milan Street.