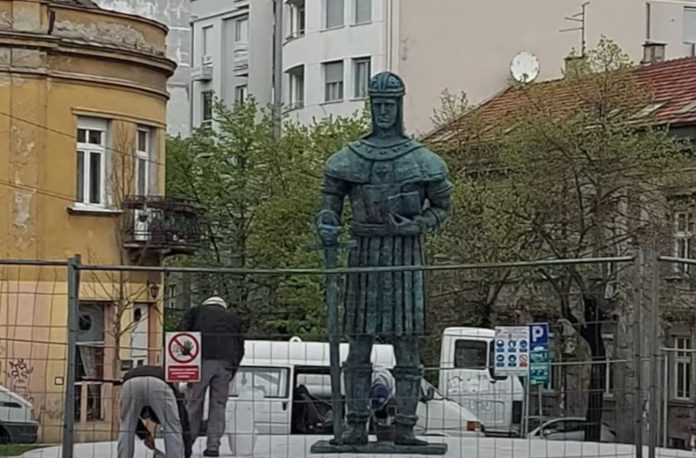 Ever since the time of the first cities in which stone and other durable materials were used, ancient civilizations have built monuments that were the cultural center of these settlements. Monuments, whether in the form of human sculptures or somewhat more abstract works of art, are still one of the main attractions of all cities that have a long history, including Belgrade. Monuments in Belgrade can be seen at every step and if you are not from our city, it is useful to know where the key monuments are, as well as who is represented on them, because it is quite possible that someone will schedule a meeting “at the horse” or “at Vuk”. “.

In Belgrade, you can see close to 200 monuments, as well as over 200 sculptures, not including hundreds of cultural monuments, which are mostly buildings, which you can also read about on our blog. represent people who had a special significance for our country!

The son of Prince Lazar, despot Stefan Lazarevic, also known as Visoki Stevan, at a time when it was almost impossible, successfully balanced between the Ottomans and Hungary, significantly modernized and expanded Serbia and, because of its well-being, declared his longtime rival, nephew Djurdj Brankovic, his successor.

Despot Stefan is also very important for Serbian history, so we can say that he more than deserved to have a monument erected to him in the capital of Serbia!

The monument will be unveiled on Tuesday, April 27, as part of the Belgrade Days event.

It was made according to the conceptual design of the sculptor Svetomir Arsić Basara, and on the basis of the existing sculptural work of that author exhibited in the exhibition of the History Museum of Serbia. It is 4.1 meters high and weighs two tons.

Despot Stefan is portrayed with the typical attributes of a medieval ruler, as a great hero and a skilled warrior, but at the same time the spiritual and intellectual side of his exceptional personality is emphasized.

In his right hand he holds a lowered sword, which belongs to the type of a large knight’s sword with an extended handle, which was used in Serbia at the end of the 14th century and was in use in the 15th century, and in his left hand he holds a book.

Under the rule of despot Stefan, Belgrade became the capital of Serbia for the first time in history in 1404.