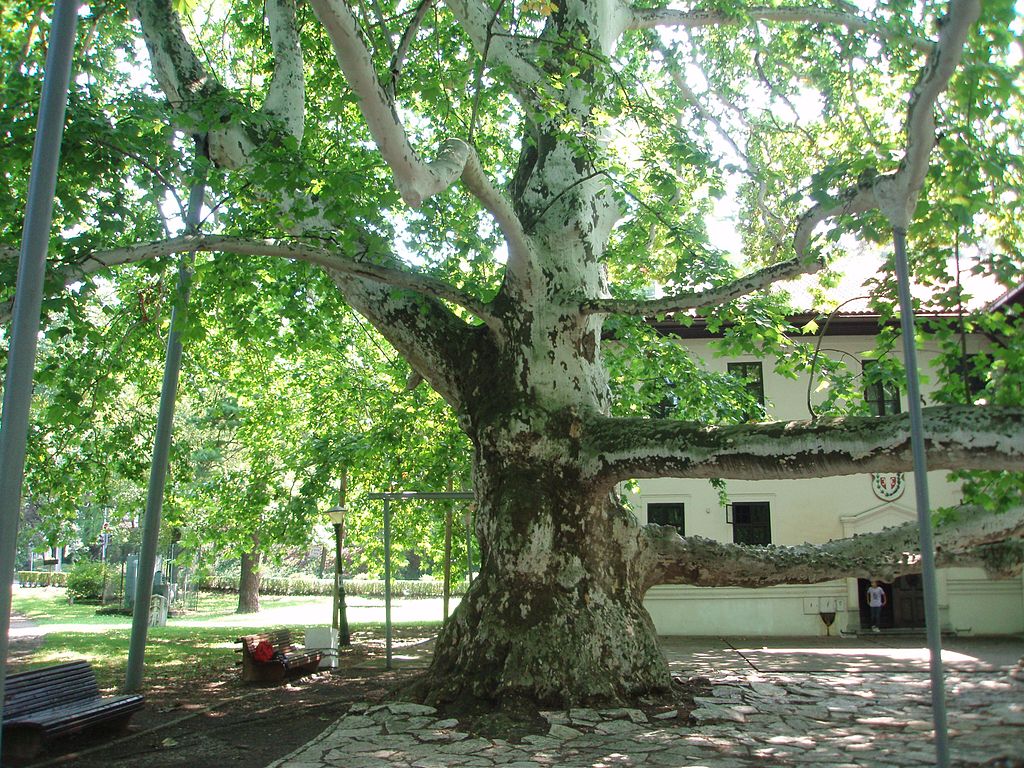 Fortunately, Belgrade is not a city that lacks greenery. It is full of beautiful parks and we have already written about most of them. What you need to know is that the parks of this city are one of the most beautiful city parks. Beautifully decorated and rich in beautiful vegetation. A real oasis in the middle of these Saharan heats that have befallen us all over the country.

One of the oases is certainly Topčiderski Park.

A brief history of Topčider Park
Topčider Park was fenced by order of Prince Miloš Obrenović, who back in 1831 imagined that a castle be built on the territory of today’s park according to his instructions. The prince imagined a court surrounded by greenery around which there would be monuments and fountains, trees, flowers and rare tropical plants. Prince Miloš Obrenović gathered the best builders and painters of that time in order to build his residential complex, which is why many artists believe that the Konak was built according to modern European trends.

Thus, in the middle of the 19th century, Topčider Park was already open to the public, where visitors could enjoy public cultural and sports events. Since 2015, Topčiderski Park has become an important natural monument of the city of Belgrade, which houses six cultural monuments and some of the very rare tree species.

Before the beginning of the reconstruction of the park, there were vineyards and summer houses of many wealthy Belgrade families, and then the first park in Belgrade sprang up here.

It is believed that the name of the park and settlement “Topcider” originates from the time of the Ottoman rule and that it was taken from the Persian language, and in translation it means gunner’s valley.

The construction of this park began back in 1842, by order of Prince Miloš Obrenović. The appearance of the park is done in the English style and is decorated with a large number of statues and fountains. The residence of Prince Milos was turned into the Museum of the First and Second Serbian Uprising.

In addition, there are three other important monuments in the park. One of the largest and most beautiful plane trees in the whole of Europe is located right here, in front of the entrance to Miloš’s residence. The age of this natural asset is estimated at about 150 years, the tree is 34 meters high, while its canopy casts shade on 1,400 square meters, which certainly seems tempting to take shelter from the city heat here.

The crown of this famous picnic area in Topčider Park has been under state protection as a natural monument since 1979. On the southwestern slopes of Topčiderski brdo, there is also a protected part, which is rich in fossil remains. In this park there is an asphalt path where dogs are allowed to walk.

Cultural monuments
There are six cultural monuments in Topčider Park, which have great historical value about the history of the city of Belgrade and Serbia from two centuries ago. The residence of Prince Miloš, the Topčider Church, the Church Residence, the Reaper Sculpture, the Obelisk and the monument to Archibald Rice adorn this park. The residence of Prince Miloš was built as the prince’s official residence, and today it represents a cultural asset of exceptional importance.

The Reaper sculpture represents a woman with grain, which is a symbol of fertility and childbirth. The monument to Archibald Rice was made in 1931, a man who did a lot for Serbia during the First World War. The obelisk was erected as part of the return of the Obrenović dynasty to the position of ruler.

In Topčider Park there are important monuments of our culture. The residence of Prince Miloš or Miloš’s residence was built between 1831-1834. years. On this occasion, Prince Milos hired the best masons, builders and painters to decorate his residence in the Serbian manner with European influence on architecture. The Topčider Church bears the full name of the Topčider Church of the Apostles Peter and Paul. It was built at the same time as the Konak and was built in the same Serbian and European manner as Miloš’s konak.

The church konak was built several years before the construction of the Konak and the Topčider Church. It is known that this residence was the seat of the first metropolitans of the Principality of Serbia, Milentije Popović and Petar Jovanović. In the middle of the 19th century, a sculpture of the Reaper was made. She was cast in Vienna according to European standards, from where she later arrived in Belgrade. The Obelisk is one of the first public monuments erected in Belgrade. It was made as part of the return of the Obrenović family to the throne.

Lastly, a monument to Archibald Rice was made in honor of this publicist, who advocated for the investigation of crimes against the Serbian people during the First World War.

Topčider Park – a favorite picnic spot for many
The park is also equipped with all the devices that are furnished just for the youngest. There are swings, seesaws, climbers and carousels. The museum of the First and Second Serbian Uprising is open every day from nine to seventeen o’clock and the entrance fee is charged.

In the park itself, you have several restaurants and cafes where you can relax from a walk or simply enjoy a drink in nature. There are also three ponds here. The largest is in the shape of an octagon and there is a bridge over it, while the middle one has a small stone island.

In every sense, an ideal park where in the morning you can bring your little ones to enjoy nature until the warmer part of the day begins. Fresh air and a beautiful peaceful environment will definitely please you. The lakes and the river that are located here will affect your relaxation and the feeling that you are far from Belgrade, when in fact you are not far from the city center.

Treat yourself and your loved ones to a real paradise in nature, when you come to Belgrade, be sure to visit this park. During that time, we will provide you with a complete atmosphere with our apartments – and if you would like a private oasis in the middle of a bustling city, you can check out what our apartments with Jacuzzi Belgrade are like. Topčiderski Park is in any case the right place for refreshment and relaxation, another reason to get away from the hot Belgrade asphalt.

Plane tree in front of Miloš’s residence – Symbol of Topčider Park
The plane trees were planted around the Residence of Prince Miloš in the period around 1833 and have been preserved to this day. The plane trees are more than 170 years old, which is why some of them have been fitted with metal rods to keep them in the air. Platan reminds of the old patron of Konak, but also of someone who has been in the same place for so long that he let his branches go all over Topčider Park.

In addition to plane trees, beech, alder, ash, black poplar, maple, hawthorn, pedunculate oak, linden, pine and spruce are planted here, as well as a large number of shrub species. The Topčiderska river and the Topčiderski brook flow through the park, which is reminiscent of a truly peaceful green oasis in this busy city.

The Tourist Organization of Belgrade provided citizens with a free tram ride on July 12. The tram ride takes 3 hours from the Church of St. Mark all the way to Topčider Park. During the ride, the passengers were entertained by a tourist guide with stories about the history and curiosities of our city. This action is held once a month during the spring and summer, and the month of July 2018 was reserved for a tour of Topčider Park.

Under the canopy of Topčider plane tree
Every year, Topčider Park hosts the cultural and artistic event “Under the canopy of Topčider Plane”. Performances and a music program are held in front of the Residence of Prince Miloš. Our famous actors found themselves in the roles of Serbian historical figures from the 19th century, then Kenzo Miloš and Princess Ljubica. The civic society of that time and their way of life were shown through the performances, and the audience had the opportunity to learn something about the Serbian history of the 19th century.

Every year, Topčider Park hosts the “Petrovdan Parliament”, within which the manifestations “Tram called Belgrade” and “Under the canopy of the Topčider plane tree” are realized. A special part of the program is intended for children, where children’s plays and playrooms with clowns and animators are organized in front of the Konak, so that even the youngest members can have fun.