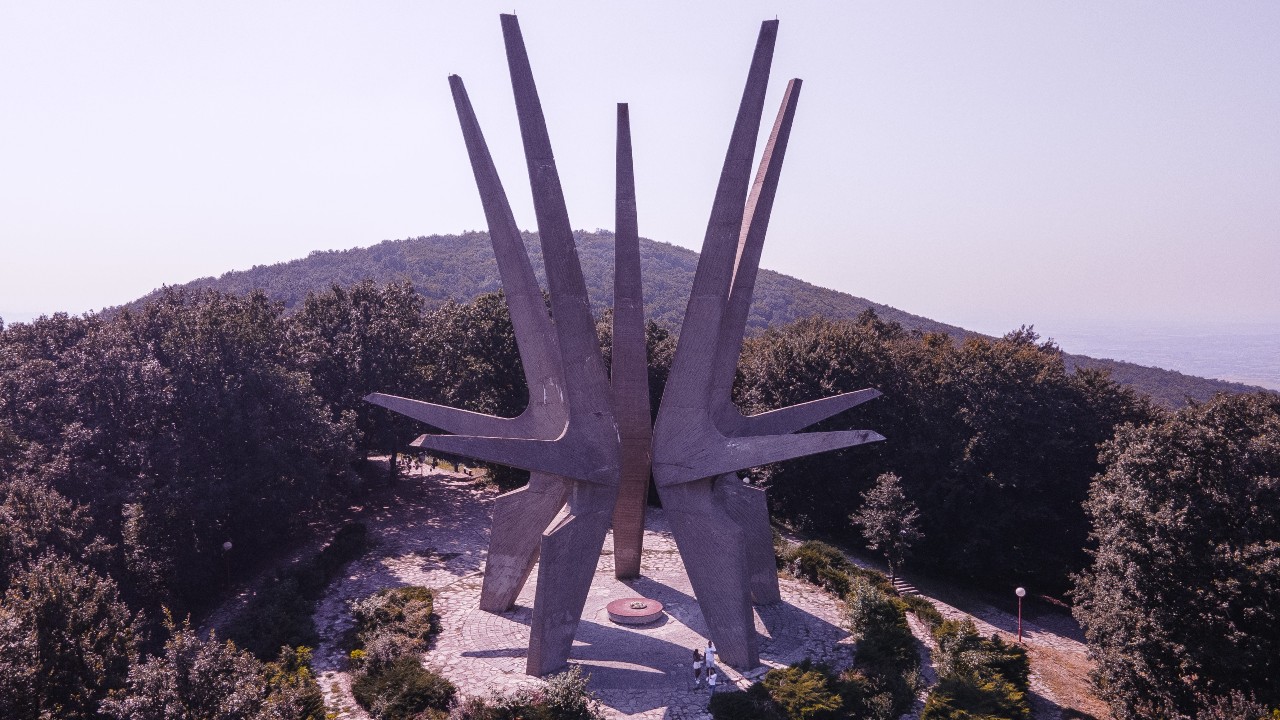 Mountain Kosmaj is only 55 km away from Belgrade. Its slopes stretch through five Belgrade municipalities, connecting: Mladenovac, Sopot, Grocka, Barajevo and Voždovac.

Once a site of important historical events, today it enjoys the status of a protected natural asset due to the exceptionally preserved nature in which man has left only a few traces. Kosmaj is also known as one of the favorite picnic spots of Belgraders. The memory of the times of the freedom struggle of the people of Kosmaj is still preserved in the records, monuments and monasteries that were built on it.

History says that the first settlements originated in Roman times, as mining camps for miners who mined iron ore. However, it flourished during the reign of despot Stefan Lazarevic, who chose nearby Belgrade as his capital. At that time, numerous scholars, artists, copyists, monks arrived from various directions, who, fleeing from the Turkish invasion, found refuge in the despotate. They settle on the gentle slopes of Kosmaj, which is becoming the religious center of northern Serbia and the despotate. Kosmaj of that period is also known as “Kosmajska Sveta gora”, as evidenced by many monasteries that were built or repaired by Despot Stefan.

Due to its strategically important location, Kosmaj has always been the scene of wars and conflicts, and the people of Kosmaj, who took part in all major wars, were known as skilled and brave warriors. They took part in the Battle of Kosovo in 1389. It is said that Stojan Popović took 400 warriors from the village of Popović to Kosovo, and Duke Duča 80 horsemen. Also, according to the legend, Ivan Kosančić, a famous Serbian hero of the Battle of Kosovo, was born under Kosmaj.

In the 18th century, the population of Kosmaj was on the side of Austria in the Turkish-Austrian wars. Serbian writer Milovan Vidaković was born in the village of Nemenikuće, which is not far from Kosmaj. He spent his childhood in the village, but unfortunately his family had to flee this area.

Kosmaj also played a significant role in the First Serbian Uprising. Namely, on February 11, 1804, the first insurgent rifle was aimed against the Turks when the infamous Dahiya Aganli was wounded. With the insurgents in this area, Karadjordj set fire to Turkish khans in Sibnica, Drlupa, Rogaca and Ducina. In the Second Serbian Uprising, the people of Kosmaj took part on the side of Prince Miloš Obrenović.

Kosmajci also took part in the Serbian-Turkish war of 1876-1878. years, then in the Balkan wars of 1912 and 1913. In the First World War, they played a significant role in the battles of Cer and Kolubara in 1914. Then in the part where the Kosmaj hotel and the swimming pool are located today, where some of the most terrible battles were fought, from where the enemy was expelled to the Sava and the Danube. On Mount Kosmaj, at the top of Beli Kamen, there is a memorial ossuary, erected in 1935 as a monument to Serbian warriors killed in the First World War, in defense of Belgrade.

Shorts of the monument as a protective symbol of Kosmaj

In the Second World War, the famous Kosmaj-Posavina partisan detachment operated in the area of ​​Kosmaj, and the dominant fighters from that detachment erected a dominant monument on the top of the mountain in 1971, the author of which was the famous architect Bogdan Bogdanović. Made in the shape of a stylized star whose arms pierce above the canopy of the surrounding trees, the monument is a symbol of the insurgent and libertarian spark that shone on these slopes.

Today, the monument is somewhat left to the ravages of time, but due to its unusual appearance, it is an often quoted example of monuments erected in post-war Yugoslavia.

Etymologists say that the name Kosmaj originated as a combination of the Celtic word cos (forest) and the pre-Indo-European word maj (mountain), which perhaps best describes this mountain, whose slopes are covered with lush beech and oak forests, and only in some places conifers.

If you go for a walk through Kosmaj with a little luck, you may also see a squirrel, rabbit, pheasant, deer or fox. There are well-kept and well-trodden and marked paths through the forest, so you don’t have to worry about comfort and safety. Along the roads and paths leading to the top, wooden benches and tables have been set up, as well as playgrounds that will provide entertainment for the younger ones. Also, due to its proximity and network of rural and side roads leading to the mountain, Kosmaj is a well-known destination on the cycling map of Serbia.

And when you climb to the top of Kosmaj, a hidden lookout awaits you, with a view of the gentle hills of Šumadija and another Belgrade mountain, Avala.

At the foot of Kosmaj is the village of Koraćica, where many Belgraders have cottages, and the beautiful Markovac Lake is nearby. Tame and untouched nature, well-maintained trails, unpolluted springs, air flow that makes Kosmaj an air spa, have been the reason why many Belgraders choose this mountain as a place for family trips or short vacations.