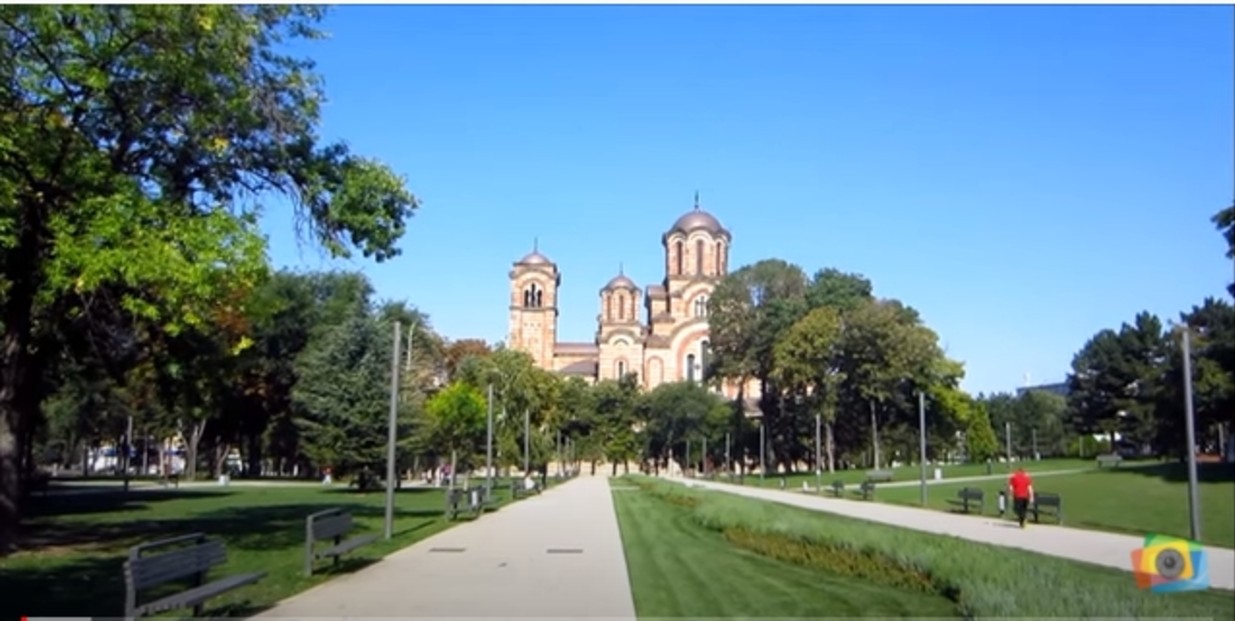 Designing the temple, which will become one of the most beautiful in Belgrade, architects Branko and Petar Krstić followed the tradition of the Serbian Byzantine style. With the idea of ​​preserving the features of Serbian church medieval architecture in that way, almost all newer churches in Serbia took the look according to him.

The Krstić brothers find immediate inspiration in the appearance of the Gračanica monastery. The Church of St. Mark, however, gained much more in magnificence. Its proportions and dimensions followed the idea of ​​the then largest church in the capital of the Kingdom of Yugoslavia, which, in accordance with the ceremonies organized on the occasion of national holidays, could receive a large number of visitors. At the same time, the Church of St. Mark, next to the Temple of St. Sava, is considered the last successful building of the late period of the national style in Serbian architecture.

The eternal splendor of Mark’s temple

The most famous of them are certainly the relics of Serbian rulers and highly respected clergy. The relics of Tsar Stefan Dusan lie in the marble tomb next to the south wall of the temple, while the tomb of the Serbian patriarch German is placed opposite it. To the right of the main altar, there is a smaller altar dedicated to the Holy Despot Stefan Lazarević. In the crypt under the church decorated in 2007, there are even more well-known names: apart from the tomb of the Obrenović family and the royal couple Aleksandar and Draga, the relics of the Bishop of Sabac, Gavril, are laid here. The underground chambers of the church, on the other hand, also guard the tomb of the patron of the old temple, Lazar Pance.

Exceptional for its splendor, the Church of St. Mark is also characterized by the fact that it preserves one of the richest collections of Serbian icons of the 18th and 19th centuries. At the same time, its interior itself reflects a combination of luxurious wall painting and carefully decorated interior.

The road to the caves

Belgrade hides many secrets under Belgrade, and what is very special and what makes the church of St. Mark unique is the fact that there are caves under the church, 28 meters below the ground. Namely, it is believed that the Tasmajdan caves are between six and eight million years old. It is estimated that the caves originate from the period when the waves of the Pannonian Sea flooded the ridge which is today called Tasmajdan.

Below the entire park, as well as the church, there are seven caves, some of which are natural, while some were excavated and expanded by the Romans and Turks, from whom they extracted saltpetre, so it is not surprising that the caves are popularly known as saltpetre caves. In one of the caves there was an old cemetery in Belgrade, in the other it is believed that the Turks burned the relics of Saint Sava, and in one of the caves there were waterfalls in Roman times.

The church is located in caves that, throughout history, have served Belgrade as a hiding place since the Austrian bombing in the First World War. During the Second World War, the caves became very interesting to the Germans, who rearranged them, introduced electricity into the underground and thus built underground communications. It is assumed that these caves served the needs of the Germans and that they led to all the important points in the city. After the liberation, these German shelters passed into the hands of the army, and thus became forbidden to curious researchers.

Although Belgrade is a city that has been rapidly advancing and is being built in recent years, although many beautiful buildings, parks and monuments have been built, the Church of St. Mark in Belgrade next to the Temple of St. Sava, delights everyone with its beauty. is to do it as soon as possible.