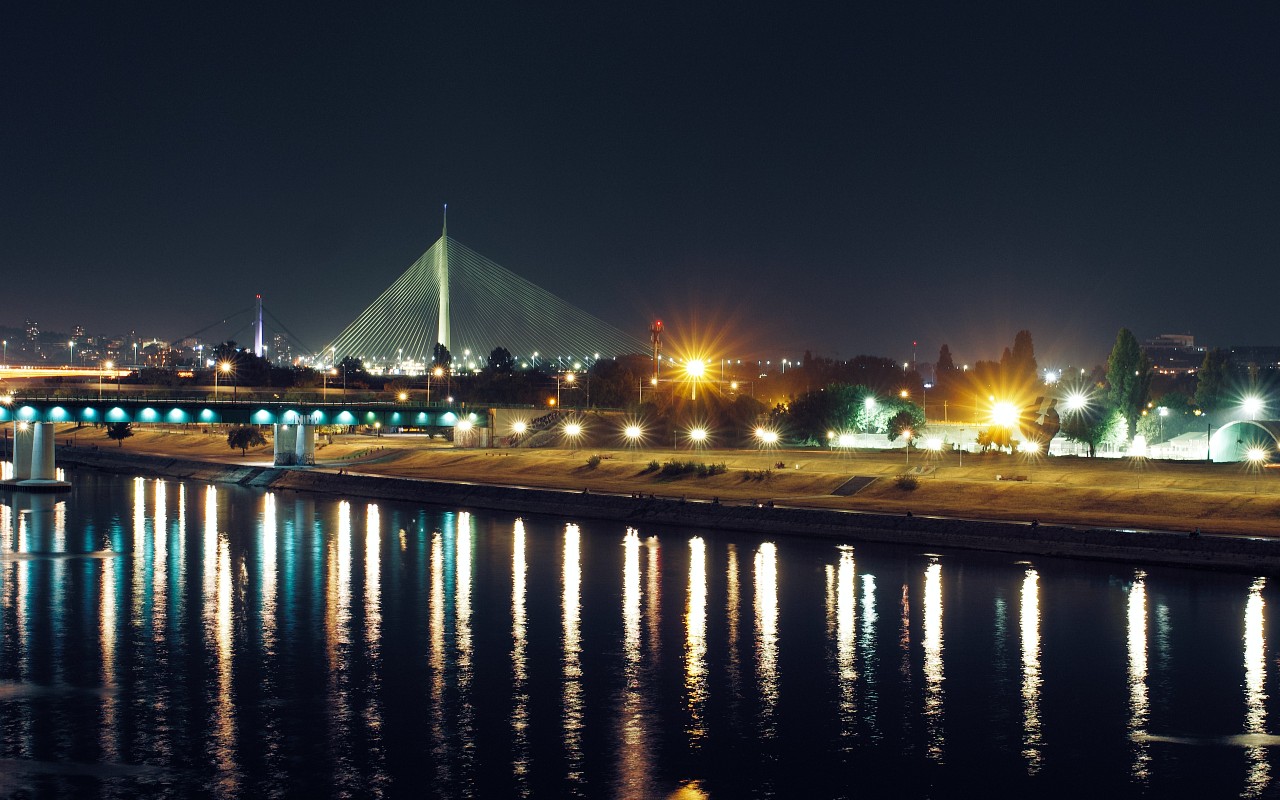 The capital of Serbia and the largest city in the Balkans, Belgrade, lies at the confluence of two major European rivers – the Sava and the Danube. Due to its war history and the numerous destructions that befell it, Belgrade cannot boast of many bridges that have a longer lifespan. However, their construction has influenced urban development, increased traffic efficiency, improved street lighting and the architectural image of the city.

There are 10 bridges in Belgrade, two of which cross one of the most powerful European rivers – the Danube, while the other bridges bridge the Sava River. Of the eight bridges on the Sava River, three are intended for railway traffic, two exclusively for road traffic, while the rest are constructed for mixed traffic.

This is a story about them, bridges whose endurance is astonishing, whose history speaks of various misfortunes and stories of the capital, while the design indisputably draws the recognizable appearance of Belgrade that we adore.

The oldest bridge in Belgrade – the railway bridge on the Sava

Although it lies on two rivers, the first bridge in Belgrade was built only in the 19th century. The railway bridge on the Sava had the primary purpose of connecting European capitals with Constantinople. After gaining independence at the Berlin Congress, such a decision was one of the obligations of the then Principality of Serbia. The railway bridge was destroyed in both wars, and the official name given to it by the German builders was Prince Eugene.

There is another anecdote related to the Railway Bridge, which is a frequent topic of tourist guides and lectures by professors at the Faculty of Architecture in Belgrade. Namely, the designers of the old Railway Bridge forgot to calculate the weight of the paint needed for the entire infrastructural endeavor during the construction. The additional load that the paint would bring would affect the statics of the bridge, so the “decoration” was abandoned.

Branko’s Bridge – a bridge that changed its names, countries and appearance

The first bridge in Belgrade to bear the name of a prominent figure was the Bridge of the Knight King Alexander the Unifier, built in 1934. It was demolished and rebuilt four times, and after the Second World War, more precisely in 1956, it was named the Bridge of Brotherhood and Unity.

Today, the bridge is known as Branko’s bridge, but there is still a doubt whether it was named after the writer Branko Ćopić, who ended his life by jumping from that bridge, or according to the poet Branko Radičević, after whom the street below the bridge is named. Regardless of that dilemma, Branko’s Bridge is the most famous bridge in Belgrade, although it ranks second in terms of traffic volume in the city.

Another fact that you may not have known about this bridge is that Branko’s bridge is made up of two independent “twin” bridges. The part of the bridge that goes in the direction of New Belgrade is 15 years older than its “brother”. The reason for that is that, after fifteen years of use of the bridge and urban expansion in New Belgrade, the capacities have increased, so the need for a wider crossing has arisen.

The Gazela Bridge is the largest bridge in Belgrade in terms of traffic volume. As part of the famous “Mostar loop”, the largest traffic loop in Belgrade, into which city traffic flows from six directions, the Gazelle Bridge is located on the European roads E-70 and E-75. The bridge was built as a construction combination of a system of beams and arches, so it does not have a classic arch, but seems a bit unstable, due to the “curved pillars”. However, the safety of bridges is not taken lightly, and endurance tests are often performed.

A famous anecdote says that Jovanka Broz, during a visit to the construction site of the Gazela bridge, was amazed that the bridge would stand without a single support in the middle. Many say that the name of the bridge comes from its design, because viewed from the profile, the construction irresistibly resembles an African gazelle that crosses a river in a race.

The most beautiful bridge on the Sava – Ada Bridge

The bridge on Ada is the most modern and most beautiful bridge in Belgrade. What makes this bridge unique, not only in our country but also in the world, is that it is the largest suspension bridge in the world, when it comes to bridges with one pillar. The bridge on Ada “hangs” only on one pylon, which is not located in the middle of the river, so the construction may look unstable.