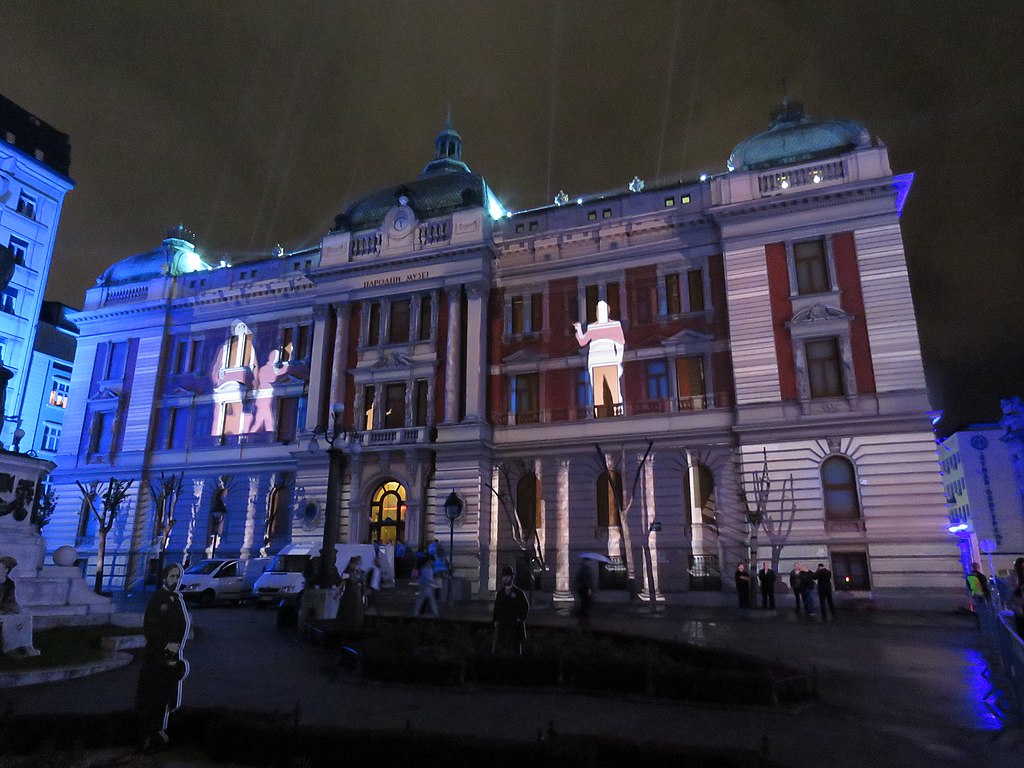 Belgrade is widely known for the best nightlife, taverns and similar places where the best nightlife is organized. What also adorns Belgrade and makes it one of the most beautiful cities are its cultural landmarks.

Many monuments, parks and museums are witnesses of one time and guardians of the history of the city, but also of our country. Museums in Belgrade are certainly very important buildings and a real national treasure that Serbia has.

Museum exhibitions in Belgrade contribute to the cultural life of the city, because it is important that every person gets to know their country as well as possible, and then the customs, culture and way of life in other countries. Many museums in Belgrade testify to the most important events that Serbia went through.

Even if you are not able to visit distant lands and visit distant places, museums in Belgrade are there to bring some of those lands closer to you with their exhibitions and cultural events.

Among the museums in Belgrade, the National Museum stands out. The National Museum is the oldest museum-type institution in Serbia, founded in 1844 by a decree of the then Minister of Education, Jovan Sterija Popović.

Since its founding, the Museum has played a major role in protecting Serbian cultural heritage. The current building in which the Museum is located was erected in 1903 and only in 1952 did it officially become the home of the National Museum. In recent years, the Museum has been closed due to major renovations, and since 2018, it has been reopened to visitors.

Of all the museums in Belgrade, this year the Museum of Contemporary Art attracted the largest number of visitors because of its interesting exhibition.

The forerunner of the Museum was the Modern Gallery, which collected and preserved works of Yugoslav contemporary art. Almost a decade later, in 1965, the Museum of Contemporary Art was founded thanks to the painter Miodrag B. Protić.

Since the founding of the Modern Gallery, the museum has been located in the same place – right across from the Belgrade Fortress at the confluence of the Sava and Danube rivers. The Museum’s collection traces the development of Serbian and Yugoslav art from 1900 to the present day.

It contains some of our most important cultural treasures and values ​​of our tradition. Although the museum was founded in February 1901, its roots go back a long way.

Museum of the History of Yugoslavia

Museums in Belgrade enrich the cultural life of citizens and tourists in Belgrade and offer them the opportunity to get informed in a creative way and learn a lot about new areas. One of them is the Museum of Applied Arts, which attracts a lot of visitors’ attention.

It was founded on November 6, 1950 and is located in the very center of the city at the address Vuk Karadžića number 18. It belongs to the category of art museums of a specialized type and contains everything that can be considered art. Art knows no language barriers or any boundaries, it speaks a special language and everyone experiences it in their own way.

What is one of the basic activities of this museum is the preservation, study and exhibition of all objects of applied art. In addition to containing material of national art, it also collects and presents a large number of works of applied art from other parts of Europe, but also the world.

The Museum of Aviation best shows how attractive museums in Belgrade can be to visitors. The Aviation Museum in Belgrade is located in Surcin, right next to the Belgrade airport.

It was founded in 1957, and since 1989 it has been housed in a state-of-the-art glass and concrete building, located at the airport. Recently, in 2013, the Museum was declared a cultural monument. The rich collection contains more than 200 aircraft in its collection.

Museums in Belgrade have great value, because they teach us about important personalities in our history, such as the great Nikola Tesla. The Nikola Tesla Museum is certainly something that is very important for our country.

Nikola Tesla is the most famous scientist in the world of Serbian origin, so he deservedly got his own museum, which was founded in 1952. The Museum building was declared a cultural monument in 1987.

These are just some of the museums that Belgrade has and that everyone should visit at some point in their lives, especially if you are from here.

What does Belgrade do … Belgrade is not only made special by city clubs and a rich nightlife, but also by many historical and cultural monuments, and museums in Belgrade are the custodians of everything valuable that a country has, especially museums in Belgrade.