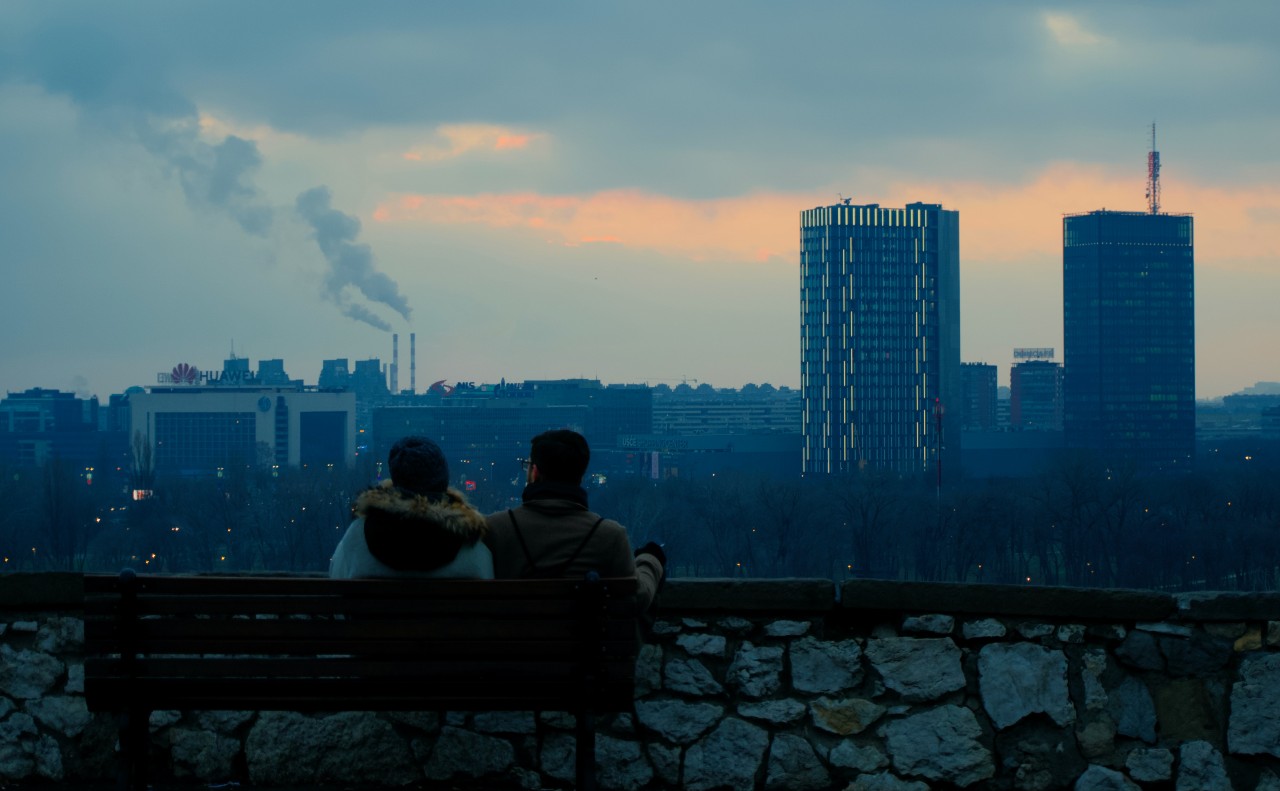 The benches keep our secrets, they sigh together with the first kisses, they absorb the tears of crying eyes. They are refuges for vagrants, rest for tired feet, inspiration for artists, accommodation for drunks. As we sit on the bench, our thoughts wander, and our gaze is lost in the distance, as the river carries pain and sorrow… We remember childhood, we hope for new loves, we long for past times, we repent, we mourn those who are no longer in our lives, we question yes, we hope.

The parks are full of old wooden benches with engraved names and hearts, but also stories related to them. One bench on Kalemegdan, however, stood out from the others in that it occupies a place with the most beautiful view towards the mouth. It is a favorite place for couples in love, mothers with children, tired tourists, but also Belgraders fascinated by their city.

If by any chance you find yourself in Belgrade, a city that will surely leave you breathless, be sure to walk to Kalemegdan and go to this place … Although the bench is no more, we believe that you will first be told about it, and then leave a beautiful view without words.

Although it is customary in Serbia to plant a tree when a child is born, one married couple decided to “plant a bench”. They said that they often and gladly walked around Kalemegdan and passed by a place with a beautiful view, but something was missing there – a bench! Then they agreed to give their daughter and the city of Belgrade a bench with a plaque engraved with a dedication.

The black-haired girl Sofia was born on October 23, 2005, and her parents, on St. Nicholas Day, in the early morning, set up a bench with a plaque that read “Our dear Sofia and the city where she was born. Olivera and Milan Prosen, October 23, 2005. “. The parents knew that the bench would have a tumultuous life, that both beautiful and less beautiful events would be tied to it. That’s exactly how it was.

The bench was always busy, but the tile with the dedication disappeared. Sofia’s father Milan renovated the bench several times, but eventually gave up.

The bench next to Sofia was decorated with a plaque by Rade Markovic, our celebrated actor. After his death, after a few years, he received a plaque with a message from his friends. It was also renovated several times, but it had a similar fate as Sofia’s.

We can only hope…

Unfortunately, during 2015, vandals gathered there and completely demolished it. Sofia’s bench was removed, Radet’s was placed in its place, but it was also removed. Then a new bench appeared, but without dedication. It is difficult to determine who she belonged to, but she shared the same fate with “Radet’s” and “Sofia’s” – she was always busy!

Even these Kalemegndan benches with the most beautiful and romantic view of the confluence of the Danube and Sava are no more. For years she stood in the same place under the canopy of a tree, and there was always a queue waiting for her. And then one, when she was already dilapidated and beaten by the winds blowing from the river, disappeared.

Whether the city authorities will set up a new bench, whether tiles dedicated to a girl and an acting legend will appear on it… we can only wait and hope.

And therefore, if you come to visit us, be sure to go to this place … This kind of story really deserves a nice epilogue …
For the sake of all future couples in love, for the sake of mothers with small children who would find a break here, for the sake of new stories and new printed pages in life …