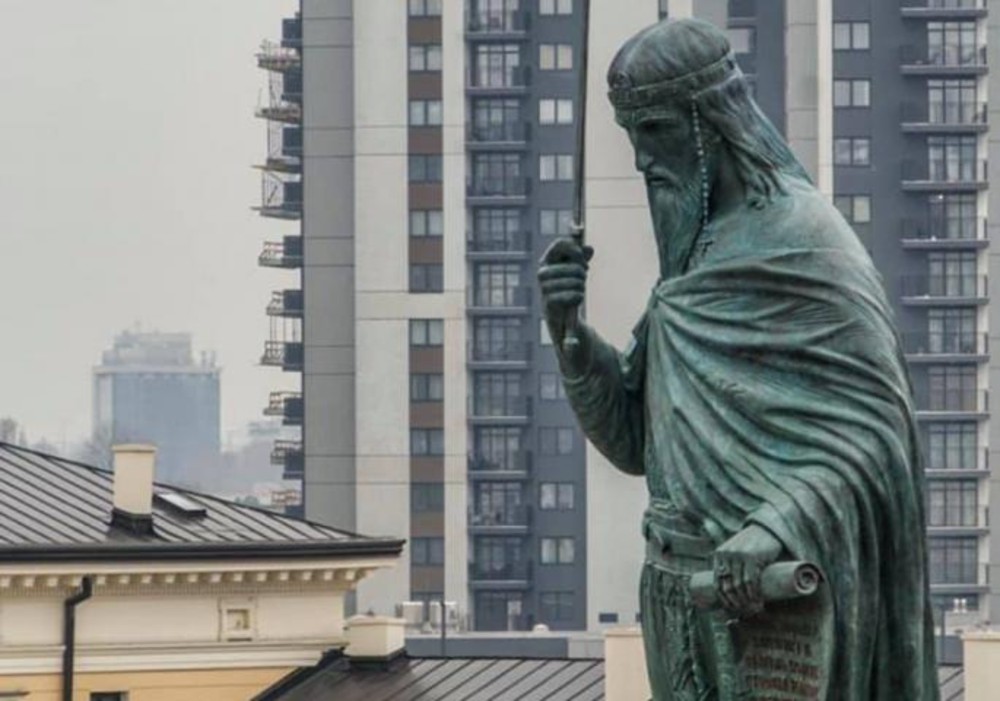 The monument to Stefan Nemanja has been completed and as of today, it will adorn Sava Square and the whole of Belgrade.

– Great day for Belgrade and Serbia! The monument to Stefan Nemanja has been completed and is becoming the property of our people. Proud because I was part of a historical endeavor.

Let us remind you, the monument was made by the Russian sculptor Alexander Rukavishnikov. At 23 meters, it is convincingly the tallest in the Serbian capital, and is located on Sava Square, directly in front of the building of the former Main Railway Station.

The large monument was made of bronze and cut into pieces and delivered from Russia.

Stefan Nemanja was one of the most important Serbian rulers, the great prefect of Raska, the ancestor of the Nemanjic dynasty, the founder of the Serbian Orthodox Church together with his son Sava and the creator of the powerful Serbian medieval state. The period of his rule is considered very important in Serbian history.

During the period of rule, from 1168 to 1196, Stefan Nemanja, together with the Kingdom of Hungary and the Holy Roman Empire, fought against Byzantium and the Venetian Republic and thus expanded his territory to Zeta and Neretva. Nemanja’s captivity in Constantinople ended with his gift to Emperor Manoel and the renewal of vassal obligations and retaining the title of Grand Prefect.

After returning to Raška, Stefan Nemanja helped Byzantium militarily, until Manoel’s death in 1180, when he turned to the papacy. Weakened Byzantium gave Nemanja the possibility of expansion so that during the 1180s he conquered, among other things, Belgrade, Nis, Kosovo and Metohija and came all the way to today’s Sofia.

Stefan Nemanja is considered one of the founders of the Serbian Orthodox Church and one of the greatest fighters against Bogumil heretical teachings. He was the founder of a large number of monasteries and churches, the most important of which are Studenica, Hilandar and Đurđevi Stupovi. According to legend, Stefan Nemanja built St. George’s Pillars as a sign of gratitude to St. George, whom he prayed to during his captivity in the Ras cave, promising that if he rescued him from the dungeon, he would build a monastery in his honor on top of a hill he could only see from the cave. .

At the great state assembly on March 25, 1196, he handed over power to his middle son Stefan Nemanjić, and together with his wife Ana he became a monk in the Studenica monastery, where they received the monastic names Simeon and Anastasia. Together with his son Sava, he went to Mount Athos in 1198 to rebuild the Hilandar monastery, where he died on February 13, 1199.

The following year, he was canonized as Saint Simeon the Myrrh-bearer, and Sava brought his relics to Studenica, in order to reconcile the quarreling brothers Stefan and Vukan over them, where they are still today.