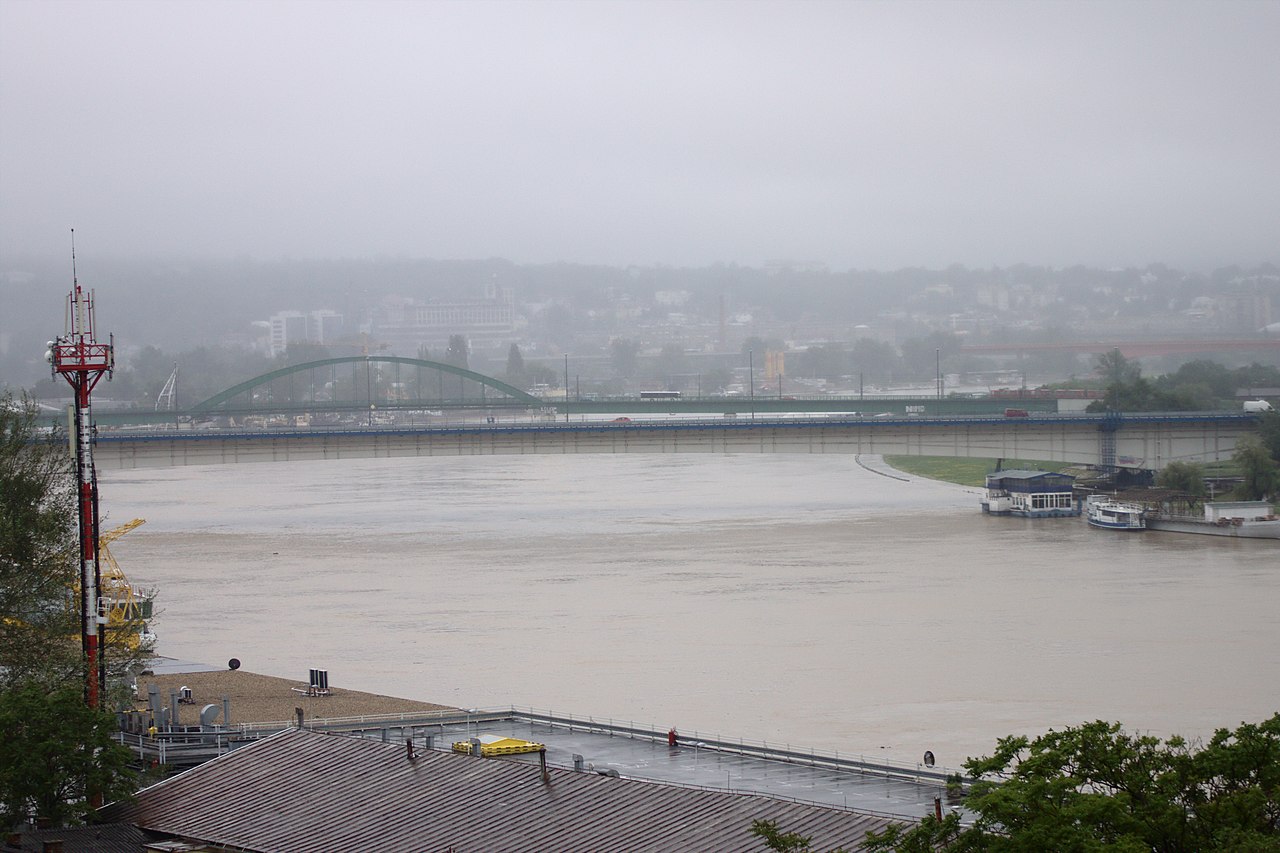 Of course, everyone knows that Belgrade is a city “at the confluence of two rivers below Avala”. However, although the largest, the Danube and Sava are not the only rivers on which the capital lies. What would you say, how many rivers and streams does Belgrade have? Fri, 10, 15? Keep counting.

Over 40 large and small watercourses actually flow through Belgrade. Today, some of them are conducted in pipes buried under the city streets, others have been moved troughs, but their waters still bear witness to history and connect past, present and future times.

The largest streams in Belgrade

Mali from Vracar
If, two centuries ago, you saw a passer-by in the area of ​​today’s Slavija, it would be most logical to assume that he started hunting ducks that gathered along the Vračar stream or, more precisely, the pond he created by pouring.

Its course descended along Nemanjina Street all the way to Savamala and Bare Venice.

Today, the Vračar stream is buried in the pipes that lead it along the old course, but under the ground, so that it continues to flow hidden from the eyes and traffic jams.

Bohemian streams
In the very center of Belgrade, near the Politika building, Bibija’s stream slipped out of the ground and, gurgling merrily, descended Skadarlija, then flowed peacefully past Bajloni’s market, continuing its course all the way to the Danube.

This watercourse, which was once crossed by the famous Đura Jakšić, is today conducted into a collector.

Snaznisa from Žarkovo
Today, it is a torrent that, from time to time, when it reaches full strength due to heavy rainfall, gives real headaches with its outpouring. However, the Paripovac stream has shown its fighting spirit in the past. This is evidenced by the fact that he dug a very deep river valley in Žarkovo, which is visible from the Žarkovo bridge.

In order to be restrained, Paripovac was mostly taken to the collector.

Palilula nightingale
Bulbulderski potok used to flow down Jovana Cvijića Street and, near today’s port, it flows into the Danube. This stream was one of the most beautiful in Belgrade, so it is logical that there were villas and spacious gardens around it, which gave a rich harvest.

It was from these plots that the people of Belgrade were supplied with vegetables that they bought at the markets.

Opori Mirijevac
Opori Mirijevac still exists today, if you can really say that, since once the largest stream in this part of the city was turned into a sewer.

Your nose will tell you that you came close to it thanks to the wastewater that rolls along the Mirijevski stream and flows into the Danube tributary.

3 Belgrade rivers, but not the Sava and the Danube

Mala from the Hippodrome
After the Sava and the Danube, the longest river in the capital is the Topčider River. It begins its flow near Ralja, and flows into the Sava tributary on Čukarica in the immediate vicinity of the Hippodrome.

Topčiderka is almost 30 kilometers long, and its course passes through several urban and suburban settlements and feeds Topčiderka forest.

Vojvodjanka in Belgrade
The river Galovica, which is reduced to a canal today, springs near Fruška gora and slowly made its way to Belgrade.

It passed by the Church of St. George the Great Martyr in Bežanija, and today it was led through Surčin to the Sava, which flows into it near the shipyard. It was known as a river rich in pike.

River 3 in 1
The mentioned Bar Venice next to the Vračar stream was also created by the Mokroluška river, which started from Veliki Mokro lug and then flowed over pebbles along the riverbed of today’s highway, all the way to the Gazela bridge.

On her way, the stream was strengthened by Duboki potok, Kumodraški and Čuburski, helping to create the former favorite Belgrade picnic area.