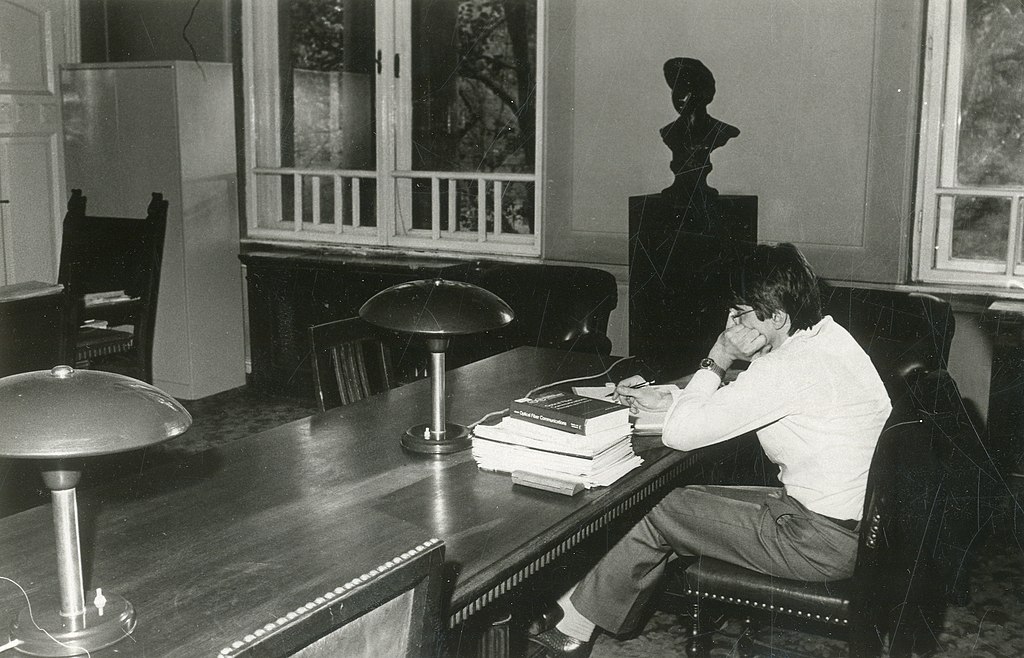 The beginning of 2021 was marked by the landing of the rover Persevirans on Mars, which happened to be on the “red planet” in search of traces of life. One of our fellow citizens suspected that life in a distant place existed, who sent a telegram to the little greens (or maybe the reds) exactly 92 years ago.

Before the Second World War, King Alexander Boulevard was the meeting point of the picturesque world. A row of cafes, a row of groceries, and a few more shops, a store of old goods. One of the cheaper workers was the antique shop of Vlajko Ignjačević, a Belgrade merchant with an address at Kralja Aleksanda 60. He differed from the neighborhood by claiming that he was collecting antiques, not antiques, and an enviable knowledge of marketing. So in the ads between the twenties and thirties, it says: “inspect the vape ceilings, basements and remote corners, because it can easily be that you have something of great value because I buy everything that is old – from nails to diamonds.” Just one look at this ad and it will be clear to you that Vlajko was far ahead of his time.

His wit did not stop there. Belgraders later recounted that on the door of his shop was the skin of a huge snake with a note: “Boa constrictor caught on Zvezdara!” And if you went through this portal, you would step into the real Wonderland where you could spend hours and hours searching for treasure. important only to the rare. There were books, decorations, whole or in parts of typewriters, pistols, daggers and sabers of all kinds, a coin of all possible empires and questionable value, all the way to silk pillows and a rickety metal bed from which Tin Ujevic “hung”.

Namely, in addition to antiques, sorry, antiques, Vlajko was a man who really loved cafes, Belgrade booms and simply – life. He often went out to meet talented people without excessive money, offering them a place as an assistant and a warm bed in his antique shop.

It so happened that at the end of the twenties, Vlajko’s regular guest and auxiliary was Ujević, who liked the begging stick for who knows how many times. What he lacked in that material sense, he made up for through enjoying life to the extreme. There was no ploy or joke in that old Belgrade, which in the end did not lead to Ujevic.

He found a soulmate in his jokes in Vlajko, and began to persuade him to send a message to Mars:

“Send” You will be the forerunner of heavenly journeys. The world will be detached from the dear Earth someday!”

It was a Catholic Christmas Day, December 24, 1928, when Vlajko finally decided on this move. He went to the Main Telegraph building and told the clerk that he wanted to send a message to Mars. The astonished clerk looked left and right, then carefully repeated the question. Yes, he heard right, the telegram was addressed to the Martians on the planet Mars.

A confusion ensued in which everyone from the clerk to the chief began to think about how to convey the message. After a certain addition and subtraction, it was decided that the message could be sent, that there might even be a route, but that the price was pepper – 2,001 dinars at the time.

Vlajko stopped for a moment, thought a little about whether this endeavor was that important baš and scribbled the message.

As she said, it was not preserved, but it was certainly eloquent and appropriate.

Because, it was the first message sent from Earth to Mars, from Belgrade.

It should be noted that Nikola Tesla claimed to be communicating with Mars at the beginning of the 20th century, and Marconi made the same claims in the 1920s, but this time the antiquarian from Belgrade had irrefutable written proof that he at least sent a message.

Mr. Ignjačević must be commended for his foresight. Namely, on July 28, 1939, Reuters reports that the previous evening, scientists sent a signal from the Baldwin station to Mars, which traveled to the planet in 3 minutes and 15 seconds. They waited another 6 minutes and 5 seconds for the return message (just in case), but there was no response from Mars this time either.

Whether the answer to that message will also reach Vlajko’s telegram via Perceivarance, we can only hope with hope.