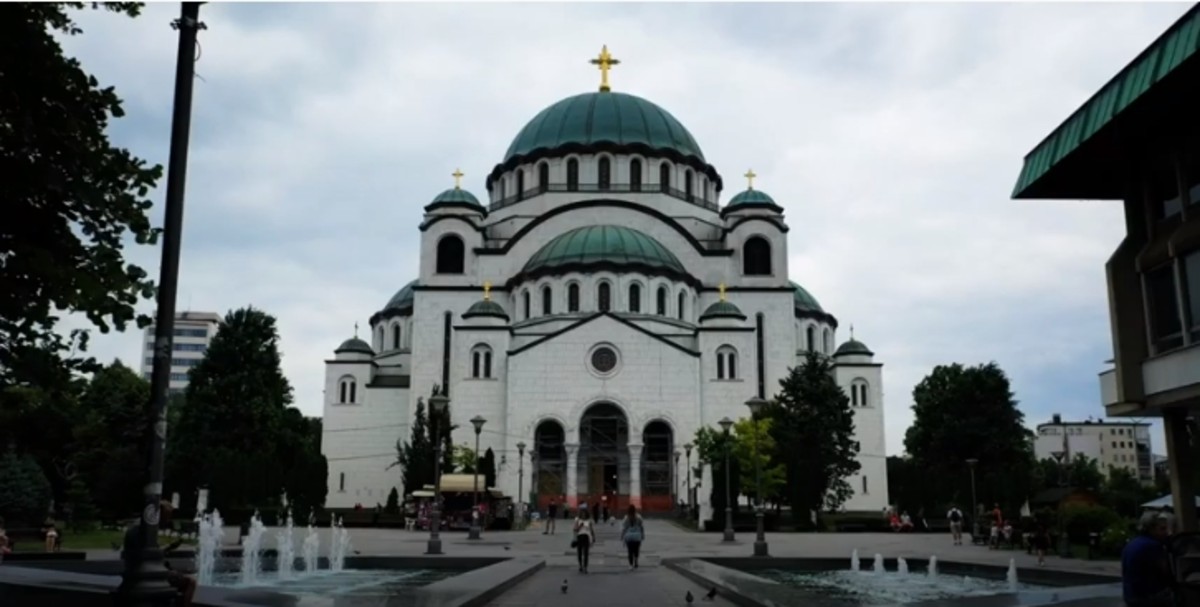 The temple of Saint Sava is the largest Orthodox church, not only in Serbia, but also in the entire Balkans, and as such it is a symbol of Serbian struggle, tradition, culture, faith, strength and beauty!
The temple is located in the eastern part of Svetosavski Square, on the territory of the municipality of Vracar. It is believed that on the place where it was built in 1594, Sinan Pasha burned the relics of the founder of the autocephalous Serbian church, Saint Sava.

Some believe that the settlement of Vracar then referred to a fortified part of the city, which is located in the area of ​​today’s Tasmajdan, in the immediate vicinity of the church of St. Mark. Since the temple of Saint Sava in Belgrade is one of the largest Orthodox buildings in the world, this monumental building is rightly one of the main symbols of the capital.

The process of building the temple was based on voluntary donations and donations and the payment of additional postage stamps, so it took longer than expected.

Thirty years after the end of the Second World War, Patriarch Herman, in the presence of Serbian archbishops, laid down the charter on the continuation of works and consecrated the temple again. At that time, more than 100,000 citizens attended the liturgy, and after the continuation of the works, the walls were raised to the previously determined height of 40 meters.

The temple of Saint Sava in Belgrade was built in the Serbian-Byzantine style, with four bell towers 44 meters high each. The top of the beautiful dome is 70 meters high, while the main gilded cross is an additional 12 meters high.

Due to its altitude in relation to the Sava River, but also due to the height of the building, the temple of Saint Sava has a prominent place on the Belgrade horizon and is visible from all approaches to the city.

The temple covers an area of ​​3.5 thousand square meters on the ground floor, with another thousand and a half square meters in three galleries on the first level. In the west-east direction, the Temple stretches 91 meters, while in the north-south direction it extends to 81 meters. The church can receive a little more than 10 thousand believers at one time, while the western gallery of the Temple can accommodate 800 choristers at once.

The temple of Saint Sava in Belgrade is considered the pride and the most beautiful landmark of the capital.

The Orthodox art that adorns the vaults of the Temple has also been immortalized in the National Museum in Belgrade. The link between tradition and culture is an indispensable part of the construction of the temple of Saint Sava and the central figure embodied by Saint Sava, the first archbishop of the autocephalous Serbian Orthodox Church.

Immediately after the opening of the temple, liturgy, worship, weddings, baptisms and other appropriate things, such as spiritual concerts, exhibitions and book promotions, became an independent part of the temple of Saint Sava. Visits are not organized only through travel agencies and guides, but numerous delegations come to visit, organized by the Temple and the Patriarchate.

One of the main reasons why the temple of Saint Sava is a symbol of Belgrade, in addition to the huge religious, traditional and cultural-historical significance, is the aesthetic impression of the building.

The interior of the temple is decorated with perfectly worked stone from Serbia, with unreal mosaics of Christ Pantocrator, while on the other side the mosaic represents the ascension of Christ and is known as the work of one of the leading Russian icon painters, Nikolai Mukhin. The exterior facades of the temple are white with beautiful marble and granite, with an elegant dome, topped by golden crosses. The bell towers contain 49 bells from the Austrian Grassmayr foundry.

If you are in Belgrade, let the temple of Saint Sava be the first landmark you will visit!