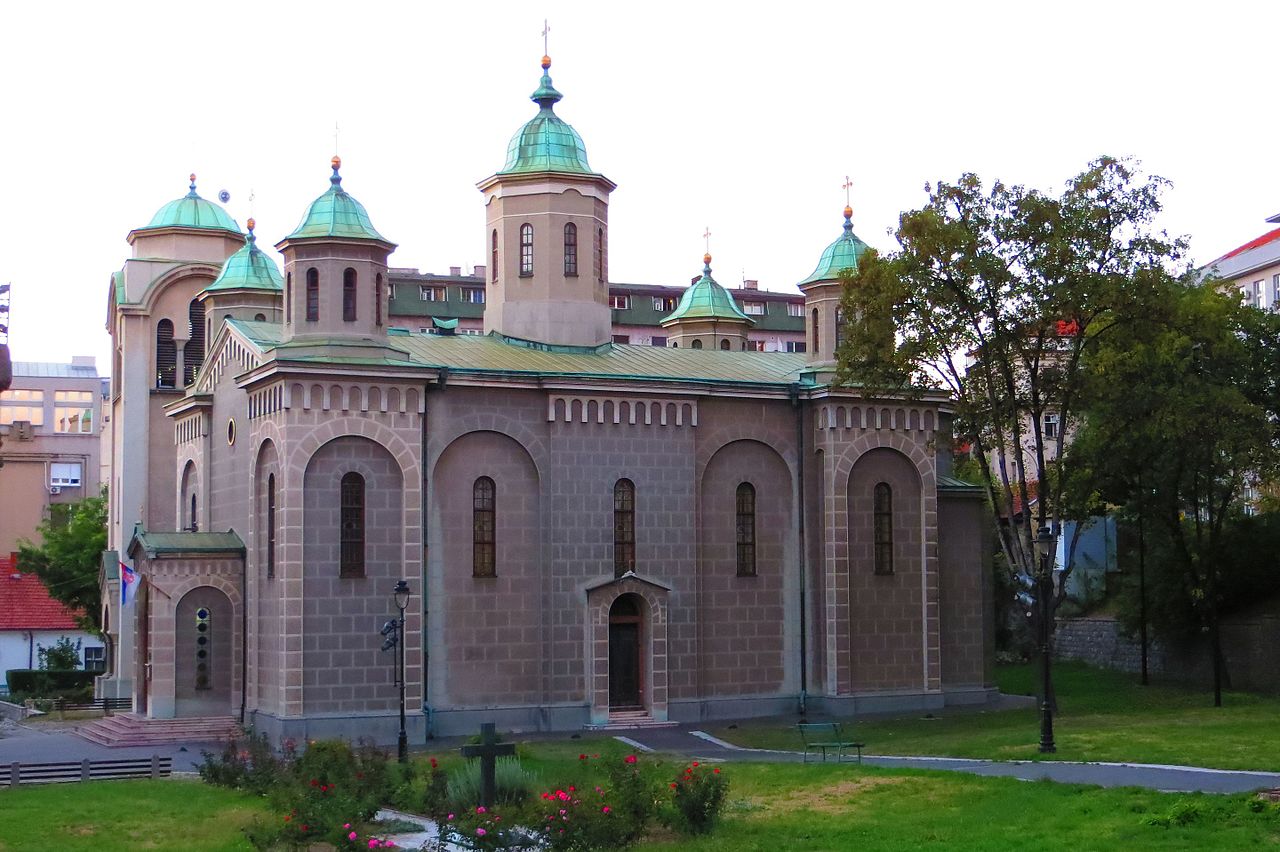 As a sign of rising above all sufferings and afflictions, Belgrade appropriately took for its glory the Day of Savior, the day of the Ascension of the Lord, which, according to its gloomy and painful history, befits it the most. With involuntary interruptions, Belgrade has been celebrating its baptism since the 15th century.
One of the holidays dedicated to Christ, the Ascension of the Lord, popularly known as the Day of Savior, is classified as a sliding holiday. It is celebrated forty days after Easter, and ten days before Pentecost, and always falls on a Thursday.

According to Christian teaching, after the resurrection, proving that he was above earthly death, Christ appeared to his disciples every day for the next forty days, teaching them and deepening their faith after Golgotha ​​and the crucifixion. Finally, he took them to the Mount of Olives, where, blessing them, he ascended to heaven and sat down at the right hand of God the Father. Thus ended Christ’s sojourn on earth for the salvation and redemption of the human race, and the apostles regained their faith.

Despot Stefan Lazarević was the first to notice the symbolic connection between Spasovdan and Belgrade, when he named it the capital in 1403. The pious Stevan Visoki was also the first to establish that Belgrade celebrates Savior’s Day as its baptismal feast in the name of the salvation of the Serbian people and appealed to the inhabitants to humbly celebrate the Ascension of the Lord every year.

From then until the fall of Belgrade into long-term slavery, the capital celebrated Savior’s Day. Later, when the Turks usurped the capital and destroyed everything that was Christian, the city stopped celebrating its glory. There were nights darker than darkness and days grayer than the previous ones. The outlines of the meek city under their invasion disappeared like a ghost in the darkness. Gloomy and protracted decades merged with each other. Only the word tomorrow has preserved such a meaning.

When Belgrade fell in love with the Serbian people again and when the keys to the city were taken over, as a memorial to the liberation from the Turks, the people of Belgrade came up with their symbolic holiday and solemnly celebrated the Day of Savior in 1863. From year to year, this vow was respected, devoutly marking this great Christian holiday in memory of salvation and ascension after great sufferings and afflictions. At this red letter, the citizens followed the liturgy in ecstasy and step and visited the record, which was located on the pasture, on the present site of the magnificent SANU Palace, and prayed to God to spare Belgrade.

Today’s appearance of the Ascension of the Lord was embodied by the head of the church of the Principality of Serbia and the first president of the Red Cross of Serbia, Mihailo Jovanović. His proposal to build the Church of the Ascension was approved by Prince Mihailo Obrenović, which was built in 1863 as a city church and which managed to cover the original flag of the Belgrade City Administration.

Due to the Second World War, and then the social circumstances, Savior’s Day ceased to be celebrated, and thus the liturgy ceased to be held.

Only 46 years later, in 1993, the baptismal feast of Belgrade was renewed, and the liturgy was presided over by Patriarch Pavle. The route of the litany is well known and reads: The beginning is in front of the Church of the Ascension. An honorary procession follows through the streets of Kneza Miloša and Kralja Milana, all the way to Terazije and Terazije fountain, where the first stop and prayer is for the health of the people of Belgrade. Then he continues through the streets of Kneza Mihaila and Pariska, with a break at the Cathedral to pray for mercy from suffering, peace and progress. The last stage of the procession moves along Kneza Sime Markovića Street, Pop Lukina Street, Brankova Street, Kraljica Natalija Street and Dobrinjski Street to the courtyard of the Church of the Ascension. That full circle ends with a prayer for the peace of souls of all the fallen heroes of Belgrade.