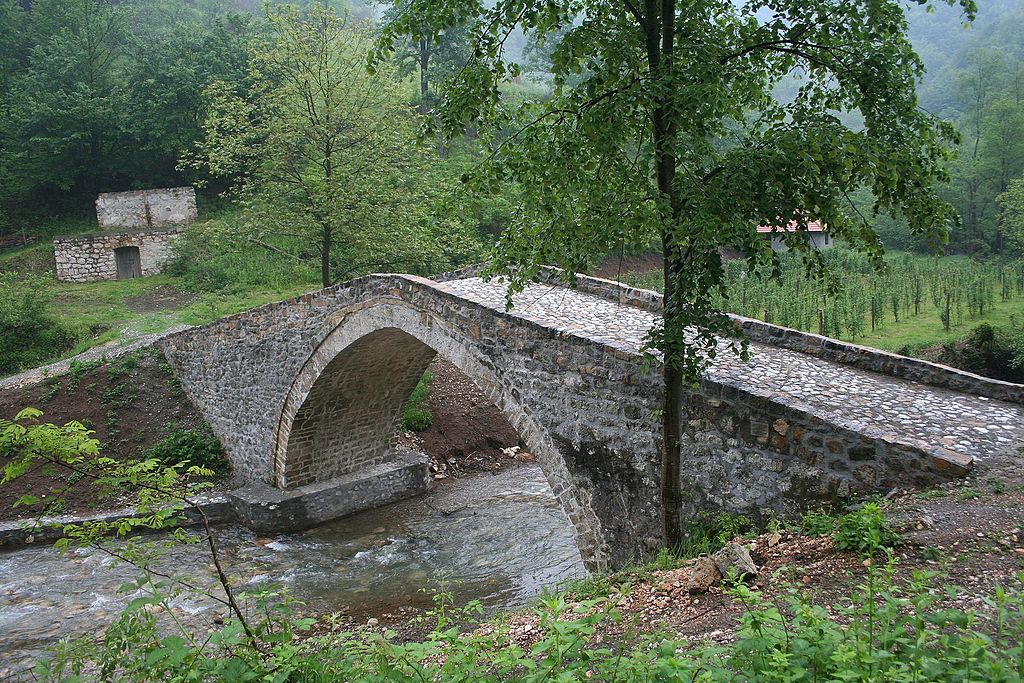 the untouched nature on the road by which caravans used to reach Valjevo, the Latin Bridge stands out with its beauty and grace. And when you look under the bridge, your breath stops from Ljubovidja, which overflows here in all its beauty.

Roman bridges in Serbia that have resisted for centuries
The name Roman Bridge or Latin Bridge is because the bridge existed during the Roman Empire, so the river Ljubovidja has always been a river that connected two territories – the municipality of Osijek and the other side that today belongs to the municipality of Ljubovija.

The trout was able to choose where to spawn, but also the inhabitants of this area in the 16th century where to cross to the other side. And the other side used to be the connection with the provinces of the Roman Empire, later with Bosnia, and today between the two municipalities.

The bridge was built in the shape of an arch made of stone, and instead of mortar, molten lead from nearby mines was used.

Since 1983, the Roman bridge has been under the protection of the Republic of Serbia as a cultural monument of great importance. After that, reconstructions were done, and the last one was in 2016, so that today everyone who passes here would stop for at least a moment and enjoy the landscape