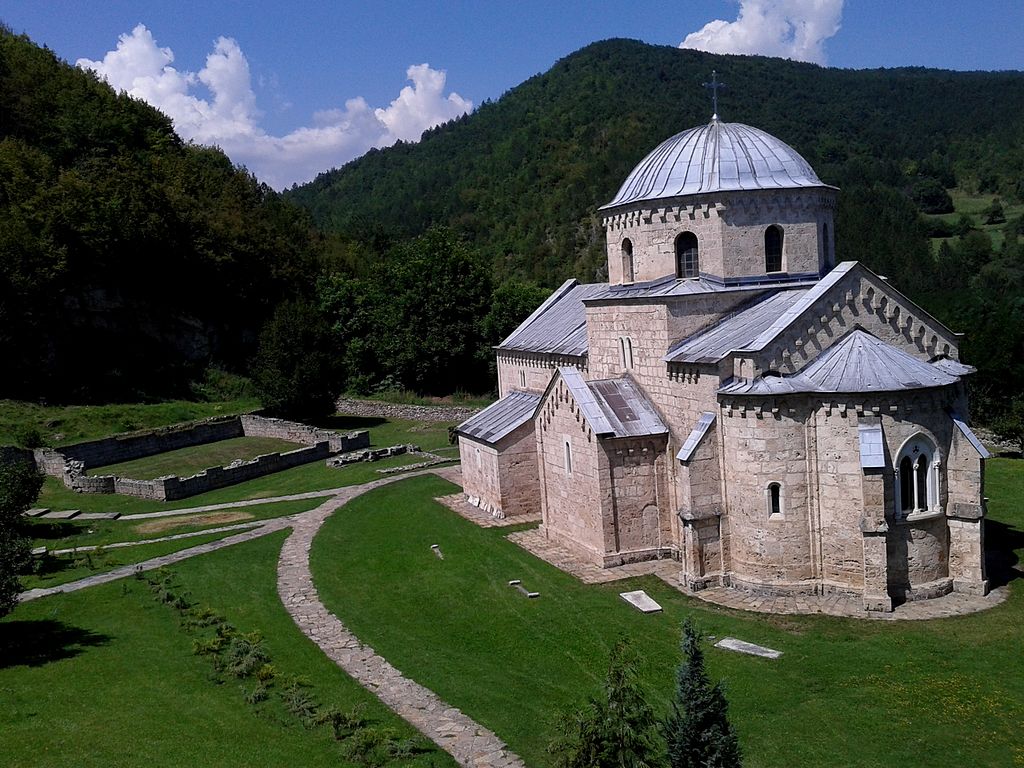 The Gradac monastery was built as part of the Annunciation of the Most Holy Mother of God around 1275 on the Ibar, near Raska. This medieval building was built as an endowment of Queen Jelena of Anjou, wife of Stefan Uroš I and mother of kings Dragutin and Milutin. The people remembered this queen as a great Serbian benefactor, and the longest-lived ruler in medieval Serbia. Shortly before her death, she converted to the Orthodox faith, becoming a monk in the church of St. Nicholas on Skadar Lake. Jelena was posthumously proclaimed a saint, and her day is celebrated by the Orthodox on November 12.

Gradac rises on the remains of a former church, on a hill popularly known as Peter’s Karst. At the time of construction, and for the needs of the monks who were present during the construction, a small chapel of St. Nicholas was built. The green plateau on which the temple of the Mother of God is located has long been considered a holy place. The location where it is located is also known as the Lilac Valley. Namely, King Uroš, as a gift to his wife, ordered that the Ibar valley be planted with lilacs in order to remind the queen of her native Provence.

Stylistically, Gradac corresponds to the architecture of the Raska school enriched with Gothic elements. The single-nave building is crowned with a dome, has a three-part altar and a narthex wider than the main part of the church. The influence of Gothic is most noticeable in broken arches and ornaments.

The wall paintings of the monastery are only partially preserved. The fresco of the founder, Queen Jelena, is still visible, but unfortunately she did not resist the weather. A special treasure of the monastery are its icons, which the nuns take care of. Sometimes exhibitions of icons created in the icon-painting workshop are also organized. The stone iconostasis is preserved in the original, and was created at the time of the construction of the monastery.

Gradac also preserves a marble sarcophagus intended for the remains of Queen Jelena. In the 15th century, due to the Turkish destruction, the monks fled with her relics. Gradac was renovated in the 16th century, but the exact place of the new resting place of the relics has never been reliably determined. A part of the relics of King Dragutin rests inside the monastery.

The manifestation “Days of Queen Jelena” is connected to Gradac. Every May, in memory of Jelena Anžujska, a ceremony is held that includes competitions and knightly games. Those who visit the monastery, often visit a nearby spring known for its healing water, which is especially effective for eye problems.