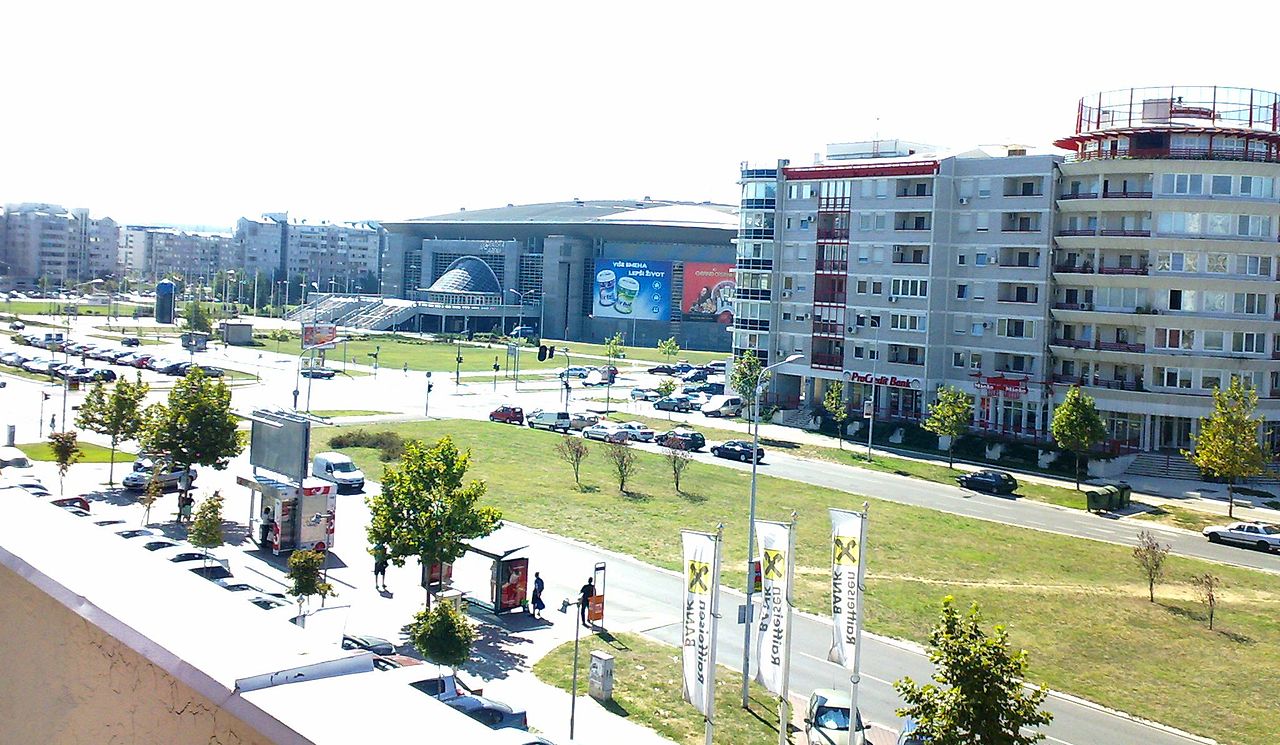 The largest Belgrade municipality, Palilula, occupies 44,661 hectares, making up approximately one-seventh of the total area covered by the city of Belgrade. The municipality of New Belgrade is about 11 times smaller than Palilula, which would mean that, calculated, it makes only 1.25 percent of the Belgrade territory. However, of the seventeen municipalities that make up our city, New Belgrade is definitely the most populated with a population that exceeds many cities in Serbia, such as Kraljevo, Cacak, Subotica, Vrsac, Kragujevac and others. As many as 214,506 inhabitants inhabited this municipality, according to the 2011 census. Apart from the amount of the population and its mentality (especially the people who grew up here), the way of building, but also the number and diversity of institutions influenced the fact that New Belgrade today can be said to be a city for itself without any problems tomorrow.

Many who were born or live in New Belgrade from an early age would never move from there, but would not go to the city center (or any other part) to have a drink or a walk with friends. It is not uncommon for those who do not leave it unless it is necessary. This is certainly made possible by the fact that they have almost everything in the district of their municipality. In addition to educational and cultural institutions, sports centers and, of course, catering facilities, of which, as we know, the most visited are rafts, there are also large shopping centers, so most young people do not feel the need to “cross the borders” of this territory. However, for the people of Belgrade who do not live here, this whole area is mostly a very confusing part of the city, as a kind of labyrinth in which they do not know how to cope and a few are reluctant to visit it.

When did it all start?

In 1948, the construction of the settlement on the left bank of the Sava began and everything continued to grow at a high speed, so four years later the municipality was founded. Today, New Belgrade can be proud of its wide boulevards, the Western Gate of Belgrade as well as hundreds of other high-rise residential buildings, promenades along the river, the Belgrade Arena sports hall, the Sava Center and many other important institutions. That is why it is somewhat understandable why a good part of the inhabitants of this area would never want to move out of here.

The fact is that when it comes to spending free time, everyone can have what they want. For those who want to go out and have fun, there are the previously mentioned rafts, which are otherwise quite popular among the Belgrade youth, especially in summer. Fans of watching movies on the big screen can choose between three cinemas, two of which are located in shopping malls, so they can visit shops or have a drink along the way. For those who want to walk, this whole municipality is located on the plain, which makes it suitable for an easy and pleasant walk, and there is also the Sava quay, for example. so it can be enjoyed by the water. There are those who like to “bleat” in the end, in parks that are located between residential buildings where they can play basketball on the field or just sit on benches.

New Belgrade consists of several neighborhoods, of which the most famous are certainly Blokovi.

There are currently 72 of them and they actually represent that confusing part that was discussed earlier. Of course, they are confusing only for us who have never lived there. They seem somehow scattered, there is no order that is expected when they are determined by numbers, and all the buildings are gray, the same or very similar, so the blocks seem completely identical to us “uninformed”. How many people got lost trying to find their friend’s building in this gray area. And how many times after that they would not be able to find the same building from the first. This is a personal experience, but I have to brag that a few months ago I finally learned to stab the right street and building from the first.

It is also incomprehensible to us that when we drive on the 95th and pass block 23 (one stop after the Sava Center), three bus stops are later in block 42 – somewhere near the flea market, and three more after that we arrived in block 70 where the “Chinese “. It further turns and passes blocks 63, 62, 61 and 45. The trams from block 70 continue straight to block 45. Does that mean that block 45 is right next to the 70th or how? Totally vague. What was the logic when determining these numbers? Also, the fact that we do not distinguish them in any way really intensifies the experience of this New Belgrade neighborhood as something incomprehensible, which is why many refuse to even think of settling here.

I have already mentioned individuals who resolutely refuse to “cross the bridge”. They believe that there is no need for that and that everything they need, but also what is not, exists in New Belgrade. He simply hates others to go somewhere else, because they have the same thing nearby. So if you want everything to be close to you when you are here, and at the same time you have a problem to hit the target from the first, visit our site, where you can find all the information you need at a given moment.