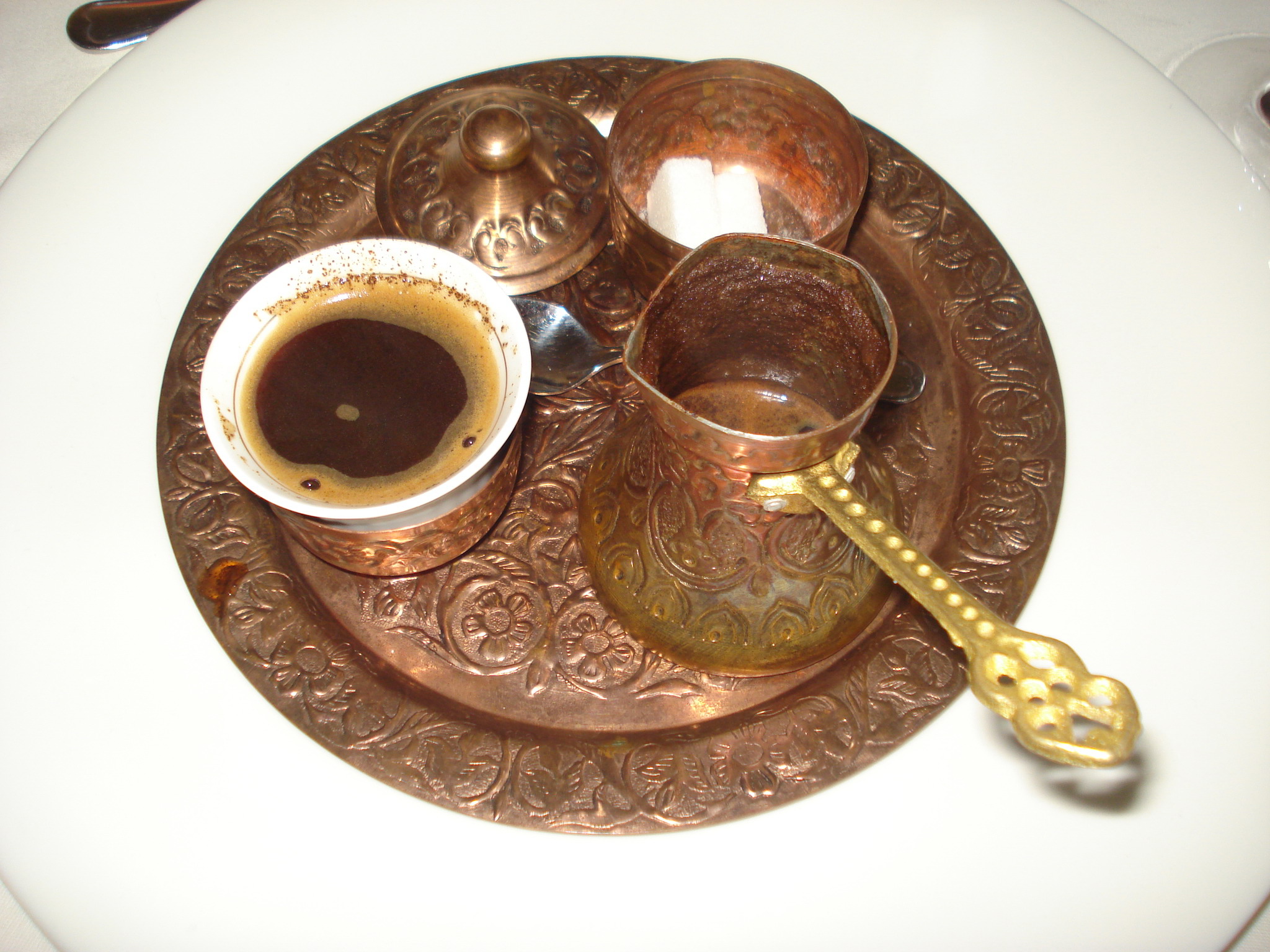 We drink all kinds of coffee, especially in the recent years there are places to drink very nice espresso … but the only “local” coffee is – “domaća” kafa.

When you come to Belgrade (or Serbia actually) and want to drink some coffee, you will find yourself in front of the choice of familiar things such as espresso, cappuccino (and other espresso-based coffees) which will probably be familiar to you. Even filter coffee is served here and there…

On the other hand, there’s also something called “domaća ” (domestic coffee) that was known back in the day as “ ” (Turkish coffee). I suggest to try it out if you didn’t have a chance so far. Keep in mind that it’s really strong.

It’s the coffee you will find in every supermarket and that has a huge variety of brand-names. It’s also found in older restaurants and kafanas, but it’s slowly regaining it’s popularity in “new age” cafes as well.

It’s made from finely grounded coffee, even more than for the espresso. Almost looks like a black flour. The preparation steps are simple but need some practice.

The traditional way of serving such coffee, pictured above, can be found at a couple of places in town, but at home it’s usually served from “modern” džezva with a “normal” mug. Also you can find the whole package (džezva, mug, little pot for sugar etc) in souvenir shops, nice thing to take back home.

Let me know how it turned out for you!